Looking For A Story That Will Touch Your Heart? THIS Is It!


I don’t think anyone can describe pain quite as beautifully as Khaled Hosseini does. His stories are captivating with such a curious amalgamation of realism that binds the reader emotionally to every character.

I have the utmost respect for this author; he escaped Afghanistan’s political forest fire and earned a medical degree in the US but decided to follow his heart, which inclined towards writing. Like so many lucky ones who have found a safe haven in America, he did not forget about his motherland. He channeled his skills in the direction of highlighting the sufferings back home in order for the world to see.

Indeed the pen is mightier than the sword, yet another writer instills my belief in this quote. I have read The Kite Runner by Hosseini as well, which was also a very beautiful creation, but A Thousand Splendid Suns has earned itself the top shelf in my heart. This book has to be his finest work, and undoubtedly one of my favorite reads ever. 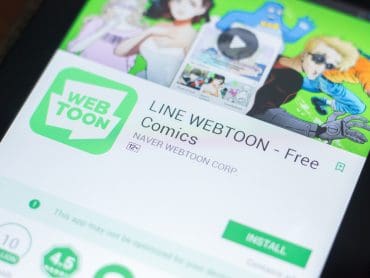 How Webtoons Are Redefining The Graphic Novel! 🔥 🚀

The story revolves around the lives of two characters who have found a beautiful relationship with each other through the cruelty of life and happenstance.

"I have read The Kite Runner by @KhaledHosseini as well, which was also a very beautiful creation, but A Thousand Splendid Suns has earned itself the top shelf in my heart." Click To Tweet

Mariam, who is the casualty of her father’s reckless affair with his maid, is considered a bastard in the Afghani society. Even though her mother is banished towards the edge of the town in an isolated place where no one can judge her, Mariam grows up with the self-inflicting burden of being an illegitimate child in her mind. Her father visits her bearing gifts from time to time as an offering to his own guilty mind, but he cannot accept her as his own in the world’s face. Mariam worships her father; what she really longs for is being welcomed into his family. In her dreamy heroism, one day, she ends up approaching him in broad daylight of the public eye. Her heart gets brutally broken when she is turned back, and she can never again let her father back into her life. Mariam’s mother dies as an impact of her bold step, after which she is married and shipped off with a man much older than her at the age of just fifteen. From there on, her life is a series of false hopes, disappointments, miscarriages, and abuse. The only thing that could have given her a flicker of happiness was something her body did not grant her – motherhood.

Our second character Laila grows up in a completely different environment. Having the privilege of a liberal father who understands the importance of education. She is ambitious, smart, and educated, being brought up with notions of equality. However, her family was killed in the war, and she has the misfortune of surviving her parent’s death, after which the lives of these two characters interlink. Mariam, who is much older, finds the remains of her unfulfilled motherhood conjured through Laila. They form a friendship as a form of solace from all the sorrows surrounding them. Without her understanding of when or how Mariam had become Laila’s mother. “Think like a mother,” they tell each other. The story unveils the valor with which Afghani mothers (biological or not) put their children’s lives over their own safety amidst the blood-hungry political hurricane.


Hosseini’s writing makes you feel every terror-inducing strike of patriarchy these women endure throughout their lives. Their helplessness led me to tears, and the way they pick up little joys in three cups of tea left me with an unshakable desire to take my life into my own hands. Every word felt as though it were happening to me. This book should definitely be on everyone’s bucket list; it could quite easily even become your best read. You can get the book here! 📖

I am one of those people who find the smell of a new book almost as comforting as a bowl of hot soup on a winter night. A good book is like a really interesting conversation with the greatest minds beyond the restraints of time, and I, for one, love to know everything about worlds lost. Business background and a mind always busy falling in love with characters, that’s my story.