Murder mysteries are always a treat to read, isn’t it? But I have often heard that they are the most difficult to write. For, skillfully weaving an intricate plot with jaw-dropping twists that will keep the readers guessing even when they think they have it all figured out, and send their minds reeling towards the end, leaving them wholesomely satisfied, is a daunting task indeed. One that doesn’t come easy! Furthermore, the story has to be constructed such that there are no loose ends, which could otherwise spoil the read for many.

This is why this brilliantly ingenious novel, ‘Daughters of Night’, written by Laura Shepherd-Robinson, stands out in the world of thrillers for its skillful construction and element of surprise. And this is no ordinary whodunit, mind you. This is a crime fiction set in the Georgian Era, in the city of London, when life was seemingly simple but governed by the complexities of class and wealth barriers.

Lucia’s fingers found her own. She gazed at Caro as if from a distance. Her lips parted, her words a whisper: ‘He knows.’

Allegiant – The Final Book of The Crazy World of Divergent! 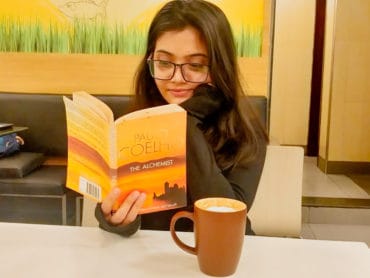 The Alchemist – Inspirational or Overrated? ⁉️

When Caro, known in the elite circles as Mrs. Corsham, wife to Captain Henry Corsham, a man of high repute, encounters Lady Lucia in the bowers of the Vauxhall Pleasure Gardens, fatally stabbed and dying, she is sure that justice will be served, for Lucia Di Caracciolo, a prominent noblewoman with ties to the King of Naples, was not to be taken lightly. However, when it is discovered that Lady Lucia was no countess but a prostitute named Lucy, the investigations are quickly wound up and given no further attention. But Caro, who believes that life is life, irrespective of their stature, and guilty about her role in Lucy’s death, sets out on a dangerous path of finding the killer, aided by a quick-witted thief-taker, Mr. Peregrine Child. Embroiled in deep secrets of her own and even at the risk of ruining her reputation, Caro would stop at nothing even if it means putting her life in danger.

Flawless and faultless are the two words that spring to my mind when I think about this book. From the first page that begins with the list of characters creatively titled under ‘In Attendance’, I was hooked to the read! Well researched and with alluring descriptions of life in erstwhile London, Laura Shepherd-Robinson has captured the details of those times so accurately that one would think that the book was actually written in that period, just like the popular classics. The style of writing and conversations in the book are befitting those times. The plot moves on seamlessly through a wonderful array of characters, though it might seem like there are too many; yet each one plays an important role pivotal to the plot, be it the hopelessly romantic Kitty Carefree, the talented painter Jacobus Agnetti, or the seemingly wicked Jonathan Stone. Plus, the story is narrated in such a way that it is not hard to keep track of who’s who! As for the protagonists, Caro and Child were an absolute delight! Caro is portrayed as a woman quite bold for her times. It was truly a feast to come across such a daring and strong-willed character as her. As the book comes to an end, given her circumstances and the tangled mess she finds herself in, one might believe that she is ready to give in and surrender to her fate. But she leaves the readers quite astonished with her parting words, ‘I am Caro’.

Peregrine Child is a master entertainer! His run-ins with some of the rich and famous and his devil-may-care approach to dealing with life’s lemons, infused with humorous dialogues, added a lot of drama to the read!


One of the things that stands out in the book is the tales from ancient Greek mythology that made for an enriching read and forms the backdrop for the murder investigation. What has crime got to do with Greek gods and goddesses? Read the book and find out! Let me not ruin the suspense for you (although it is so tempting to spill the secrets!).

For a book richly embedded in historical details as this one, it is only natural for readers to wonder whether the portrayal of Georgian Britain is indeed accurate and to what extent the crime thriller is fictionalized. As if sensing the reader’s doubts, Ms. Shepherd-Robinson has given an account of the various sources of information she has collected while carrying out the research pertaining to the book. I was truly shocked to know that back then flesh trade was carried out in the open and that women, irrespective of their standing in society, were treated with irreverence and contempt. In fact, I was astonished to see how her older brother often threatened Caro, quite publicly that too, that he would ‘cut off her allowance’ if she didn’t behave appropriately or stay within her limits each time she was closer to solving the crime. If this was how women were treated within the family, how would they be accorded respect outside by society? And yet, you realize while reading this book that while life, in general, has improved for women on so many accounts, few things remain exactly as they were in the Georgian Era!

Although I enjoyed the ending, which leaves a lot of room for the reader’s imagination, I sincerely hope there is a sequel. I have run a million different scenarios in my head as to Caro’s possible fate, but I am extremely curious to know how her relationship with Henry would play out, especially given the unexpected twists in her personal life. And for that reason, I am keeping my fingers crossed for the next book in line where I’m hoping my mind would finally be put to rest!

Murder mysteries are usually a hit or miss! But when you have got a book with an almost five rating in Goodreads backed by exceptionally great reviews as ‘Daughters of Night’, you know you are in for a read of a lifetime! Like I always say, do go for it, you can thank me later! You can get the book here! 📖 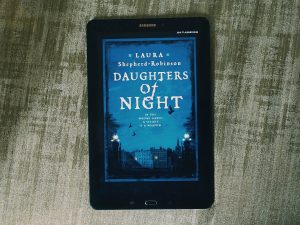 Murder mysteries are always a treat to read, isn't it? But I have often heard that they are the most difficult to write. For, skillfully weaving an intricate plot with jaw-dropping twists that will keep the readers guessing even when they think they have it all figured out, and send their minds reeling towards the end, leaving them wholesomely satisfied, is a daunting task indeed. One that doesn't come easy! Furthermore, the story has to be constructed such that there are no loose ends, which could otherwise spoil the read for many.