Dean Koontz DID NOT Predict Coronavirus In His 1981 Novel!


Books and movies influence us so much that we even end up fantasizing about the apocalypse and human extinction. I know it’s bizarre, but I guess I won’t be wrong in saying that most of us have low-key dreamt about a zombie outbreak. Humans are strange! No matter how crazy and scary the idea of zombies may be, but movies and books have created such a buzz around the concept of zombies that we just can’t get over it, right?

Well, now that the world is literally going through a pandemic, things are getting pretty serious. But even the Coronavirus has not managed to impress us millennials. Yes, we are that picky! There are tweets doing rounds talking about the toilet paper crises being the ultimate apocalypse for a generation that obsesses over zombies. I know! We live in a strange world. Well, now that the people are quarantined and completely isolated in all possible ways, books and movies have come to the rescue. We are reading more than ever, and watching movies that were on our list for the longest time. But the human mind is wicked. It just cannot rest. The human mind will wander, think of new ideas, come up with conspiracy theories, and whatnot.

There are numerous conspiracy theories doing rounds regarding the Coronavirus as well. According to these conspiracy theories, Coronavirus is a biological weapon. Now, different theories hold different countries responsible for this creation, and as enticing as the theories may sound, they are completely bizarre and bogus. Some theories even suggest that the Virus has originated from Bats or Snakes. But the latest research has shown that the COVID-19 has evolved naturally. Researchers are, however contemplating scenarios wherein the host could be a non-human and/or animal. 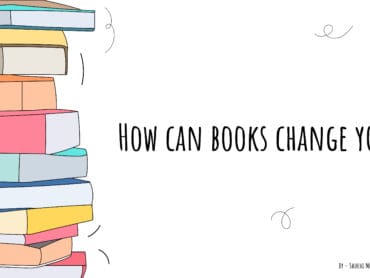 Speculations are still doing rounds, and things were just starting to get clear when a book stirred the conspiracy theorists all over again! In 1981, Dean Koontz authored a novel called The Eyes of Darkness where he mentioned a virus that comes close to the ongoing Coronavirus. The story of the book revolves around a mother who sent her son on a group camping trip with a leader. Now, this leader has conducted the said trip into the mountains sixteen times, without any unfortunate accidents or mishaps. However, this time things were different, and all the campers along with the leader and the driver die, without any solid reason or explanation. The mother tries to accept her son’s death, but some uncanny incidents force her to investigate her son’s death. Sounds pretty thrilling, right?

But what is it about the book that has made people think that Dean Koontz is psychic? The author himself took this matter to Twitter and explained:

Well, the answer lies inside his book itself. Apparently, the authors mentioned a bioweapon in his novel “The Eyes of Darkness.” And he named the bioweapon “Wuhan-400.” This led people around the world to speculate that Dean Koontz predicted the COVID-19 pandemic back in 1981. Now, this definitely sounds crazy and enticing, but I am sorry to break your bubble because, no, Dean Koontz is not a psychic and he definitely did not predict the COVID-19 pandemic.


So, the book has two editions. The original edition that was published in 1981 mentions “Gorki-400” as the bioweapon. Gorki is a city in Russia that was identified as the origin of the bioweapon in the original edition. However, with the end of the Cold war, the origin of the bioweapon had to be changed. As the Cold War ended, the Soviet Union collapsed, and the country was no longer a strong communist country. So, the novel was now in need of a new villain, and the new villain became China. Therefore, the bioweapon was renamed to “Wuhan-400” in the new edition that was published in 1989. It’s pretty clear now that these claims are completely incorrect.

Moreover, the bioweapon “Wuhan-400” mentioned in the book is way too lethal in comparison to the COVID-19. Wuhan-400 has a hundred percent mortality rate. Whereas the death rate for the Coronavirus is estimated to be around 3% to 4%, and we are expecting a fall in this percentage in the coming future as well. Coronavirus already existed, but COVID-19 is the new one, “19” indicates 2019. The concerned Social media posts are entirely bogus. Dean Koontz is not a psychic, and he did not predict the Novel Coronavirus. But the human mind is curious and creative. It will keep coming up with theories and ideas, just like it comes up with cures for diseases. So, until humans create a cure to the Virus, we will keep busting such false claims. You can get the book here! 📖

Last updated on May 5, 2021
Tagged Coronavirus, Dean Koontz, The Eyes of Darkness