Dracula 🧛‍♂️ – Beyond the Layers of Gothic Symbolism & Horror!


Very few books are as steeped in mystery as Bram Stoker’s iconic vampire novel. Even after a century since its first publication, Dracula continues to inspire endless urban legends, films, and artistic expressions. Nevertheless, it also continues to fuel extensive research because of its writing style, themes, and real Romanian locations that are still associated with the supernatural.

The book blends history and myth in the most inseparable fashion. Stoker adheres to an impeccable epistolary style throughout. Precisely, that is what lends it a believable, realistic aura. It is very easy for the reader to forget that Dracula is a piece of literary fiction. As one flips through pages after pages of formal correspondence, personal letters, newspaper clippings, legal documents, and of course, journals and diary entries, it begins to appear like an intrusion into someone’s actual research. That experience haunts you for a long, long time.

Set in the 1890s, Dracula chronicles strange events connecting England and Romania. In essence, it is about a Transylvanian nobleman’s move to London. But nothing about the nobleman or his move is normal. Wherever he goes, rumors follow, and unexplained deaths are reported. Everything about him- his appearance, his mannerisms, his speech- spell sinister! 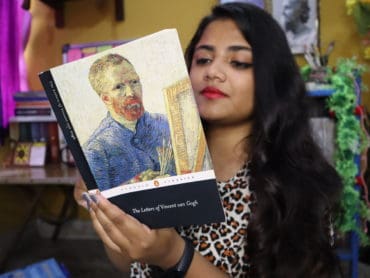 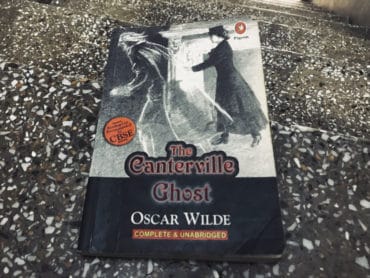 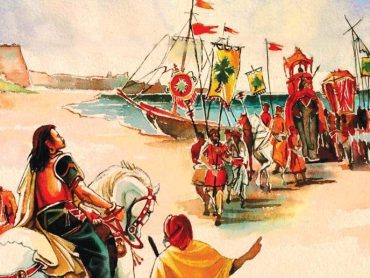 The narrative begins with Jonathan Harker’s travelogues. An English solicitor, Harker sets out on an unpredictable journey to close a real estate deal in a foreign land. The story picks up pace after he meets his client- Count Dracula, that Transylvanian nobleman.  The suspense that builds up and the darkness that succeeds never disappoint the reader. Diverse emotions are introduced into the story as we are taken back and forth between printed and handwritten material. New characters make unforgettable appearances and lend structure to the prose in the most unexpected ways. Before we know it, we are picking up hints from articles within the book regarding Dracula’s whereabouts.

All the interaction and communication among the characters are documented in letters and diary entries. So, we get multiple perspectives and insights into their psyche. Interestingly, there is one exception to this rule- no one knows exactly what the titular character was thinking and plotting. His motives, therefore, are only assumed based on the experiences of other characters in the story. The way each character meets or perceives Dracula, things they go through because of him, and the way they choose to cope with this evil are among the most awe-inspiring bits of the book.


Encounters with the Count

I first read Dracula in middle school. Frankly, it was too overwhelming for a teen, and I got bored after reading the first few pages. But there was something about the book that kept me going. Though it triggered and amplified an overactive imagination for years, I have continued to read and re-read the masterpiece, observing and interpreting it in novel ways every time.

In the beginning, the title of the Count seemed shrouded in mysterious promise. Being a horror freak, I knew I would certainly read a book that talked about a member of the Romanian nobility. I was drawn to it because of the general association of such titles with gothic romances. I admit I wasn’t disappointed.

The titular Count doesn’t make an immediate appearance in the book. The reader yearns to get a glimpse of this strange man named Dracula. Exciting questions keep building up as Dracula is nowhere mentioned in the initial pages. Who is he? What is he? Why is he so famous? Why are people afraid of his name? You are on your toes, hoping to get some insight into the whole mystery. The author denies you every time. Perhaps that is why when you are officially introduced to Count Dracula, the effect is almost surreal.

“Within, stood a tall old man, clean shaven save for a long white moustache, and clad in black from head to foot, without a single speck of colour about him anywhere. He held in his hand an antique silver lamp, in which the flame burned without a chimney or globe of any kind, throwing long quivering shadows as it flickered in the draught of the open door. The old man motioned me in with his right hand with a courtly gesture, saying in excellent English, but with a strange intonation:“

“Welcome to my house! Enter freely and of your own free will!”

The events that lead up to this highly anticipated introduction only thicken the eerie air. And you know that something amazing has finally started. It is not just an invitation for Harker alone. It is more of a “read further at your own risk” temptation being laid bare for the reader.

Once inside Dracula’s gloomy castle, both Harker and the reader begin to experience unease. As Harker journals his daily life, it becomes quite clear that this is not like a regular real estate deal that he had hoped for. He is made to extend his stay against his wishes. Though the Count presents his proposals as “requests”, it is implied how he would not take no for an answer. Our dear solicitor is at his mercy. He is trapped. His experiences at the castle may sound like the ravings of a mad man, but they never cease to unsettle you.

Dracula is not always in the picture, and yet, his presence lingers. Stoker’s writing makes the reader a part of Jonathan Harker’s living nightmare. It is difficult to shake it off. Even when we are finally taken out of the castle and into London daylight, this looming darkness follows. Dracula continues to haunt us in the background. There are newspaper reports and naval logs to suggest that he has traveled all the way to England. But it takes a lot of expert advice and precious time for the characters to put the pieces together. Meanwhile, a lot of damage continues to be done right under their noses.

My Favorite Highlights in “Dracula”!

There are so many layers to this book that it inspires detailed exploration and serious pondering. The presence-absence of the titular character, his history, and concepts of the un-dead are just the tip of the iceberg. Dracula, the book has so much more to offer than Dracula, the vampire. It is unfathomable how the author managed to conjure all of that in just a little over 400 pages!

The book takes you through picturesque Transylvanian landscapes overseen by the Carpathian Mountains. The remarkable descriptions of local customs, architecture, and food transport you to those iconic places over and over again. Before you know it, English destinations like the Westminster Abbey and Whitby Harbour are also added to your must-visit list.

It is not just the tourist destinations that are part of Dracula’s excellent visual imagery. There is a stark contrast as we traverse the cold and dark castle chambers while also winding our way through small fishing villages. The streets, details of random houses, and minute details of cemeteries and tombstones beautifully bring out the light and the dark sides of the story. It’s almost like a symbolic representation of hope versus despair.

Dracula boasts of numerous unforgettable characters, and we have only looked at two so far! That is because each character could possibly get their own review. The way they grow and the way they express themselves to make it hard to tell who the actual protagonist is. The reader gets to know Mina Murray as intimately as her fiancé Jonathan Harker. Lucy Westenra deserves as much of our sympathy as poor Renfield – a patient at Dr. Seward’s asylum. On the one hand, we marvel at this doctor’s kindness, and on the other, we can’t stop admiring his mentor Professor Abraham Van Helsing. Quincey P. Morris sets exceptional standards of friendship, but so does Arthur Holmwood. All these characters become so dear to the reader that it is hard to pick a favorite.

Poetics of the Language

Dracula has given us some of the most extraordinary phrases. The author, through the titular character, defines wolves as “children of the night”, their howls as “music”. He reinstates the power of faith “I want you to believe… to believe in things that you cannot.” And goes on weaving poetry in prose through the most exceptional descriptions of people, history, feelings, and possibilities. The way he manages to lend individuality to so many voices is merely a minute reflection of his literary genius.

Readers who enjoy gothic fiction and horror are in for a treat. Everything about Bram Stoker’s Dracula is so fascinating that it makes you want to dig deeper. It startles you and scares you, even makes you say a little prayer. As classic gothic literature, it does the job efficiently. The character development, plot development, visual imagery, and writing style make it a five-star read. However, there is one attribute that doesn’t. Despite all its perfections, the book is not perfect. The only reason I would hesitate to give it a five-star rating is a climax. I keep talking about the anticipation that Stoker builds up in the readers. And he manages to satisfy it every time except towards the end. It just doesn’t add up.

I will not give away a spoiler by explicitly revealing the climax. All I have to say is that there could be a lot more to it- a lot more substance, a lot more shock, a lot more of his classic awe-inspiring revelations. But every time I read Dracula, the ending just feels hollow. It could be that a piece of the puzzle is still missing. But that is why there is imagination and the ongoing quest for explaining the unanswered questions… You can get the book here! 📖 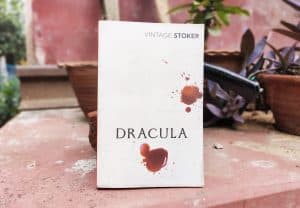 Very few books are as steeped in mystery as Bram Stoker's iconic vampire novel. Even after a century since its first publication, Dracula continues to inspire endless urban legends, films, and artistic expressions. Nevertheless, it also continues to fuel extensive research because of its writing style, themes, and real Romanian locations that are still associated with the supernatural.