Mary Shelley’s Frankenstein – Who Is The Real Monster?


Quick question before we start: Is Frankenstein the monster? The apparent answer is no. Frankenstein is the name of the scientist who creates the monster, and not the monster itself. But this is the question Mary Shelly wants you to answer in her 1818 novel ‘Frankenstein’: Who is the real monster?

Frankenstein’s monster became a pop culture fixture in the 20th century and hasn’t left our collective consciousness since. Who could forget the startling image of screws sticking out of the monster’s temples, his sunken eyes, and his green-tinged translucent skin? Immortalized among the likes of Dracula, the werewolf, and more, the monster is now a well-known fixture in the horror genre as well as Halloween costumes. The monster we’re used to seeing in movies move slowly, drool uncontrollably, and are decidedly sub-human. It’s easy to understand why filmmakers chose to depict the monster this way; they thought surely an undead corpse cannot be visualized as articulate or even fully alive. As the years passed, the monster became the archetype for the modern zombie rather than a man filled with hope and yearning, as he is seen in the book.

Victor Frankenstein, a student of “natural philosophy” (which is what biology was called at the time), spends his time at university obsessed with the possibility of creating life. Paying little attention to his family or close friends, Frankenstein runs himself ragged, gathering as much information as he can, until one night, he gathers pieces of a human body from various morgues and assembles them. Disregarding the advice of various professors who tell him to abandon this mission, Victor finally succeeds. He creates a living, breathing corpse – the monster. 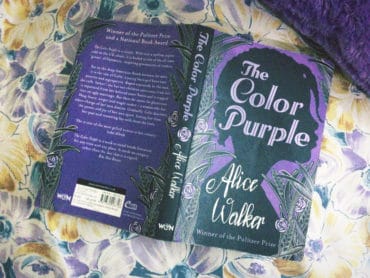 The Color Purple – A Riveting Tale Of Victory In Defeat! 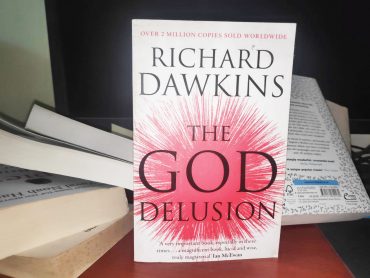 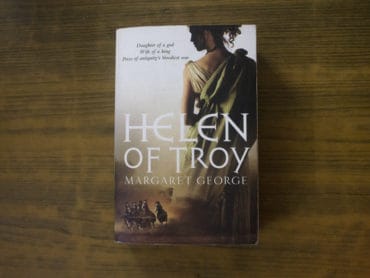 Helen of Troy – Is All Fair In Love And War?

The creation of the monster is such a climactic moment in our minds and our movies – but this is far from the truth in the book. The focus is instead placed on Victor’s response to his creation. Horrified by the ghastly appearance of the creature, Frankenstein abandons it the next morning and falls ill from the stress of knowing what he has brought into the world. The monster then disappears and attempts to find a human company, but this goes about as well as you can imagine. Anyone who sees the monster in all his eight-foot grotesque glory is understandably terrified. Eventually, the monster even learns to speak French by living with a blind man near the woods. A far cry from the one-dimensional monster we’re used to, right?

Above all, the monster yearns to be accepted. His initial yearning to know and be accepted by his creator Frankenstein, who the monster sees as a father/god figure, eventually turns into a rage as Frankenstein does not attempt to look for the monster. When the blind man’s family return and chase the monster away, he understands that he will never find a human companion or a place in human society.


However, he doesn’t go on a rampage just yet. Instead, the monster tracks down Frankenstein and asks him to make him a bride so that he may have a companion just like him with whom he can spend the rest of his life in the wilds. Frankenstein agrees (despite almost dying from guilt the first time) but destroys the bride’s corpse at the last minute. After witnessing his last hope at companionship shattered, the monster briefly abandons his humanity and compassion to become the monster everyone thinks of him to be.

Quick question before we start: Is Frankenstein the monster? The apparent answer is no. Then who is the real monster? Click To Tweet

Mary Shelly originally titled this book “Frankenstein: The Modern Prometheus”, and the parallel is significant. This is not a book about a crazy, terrifying monster – it’s clear that the monster is far from a mindless zombie. Instead, the book is primarily concerned with the dangers of playing God. Living in the Victorian era, Mary Shelley was reasonably apprehensive towards rapid scientific progress, especially scientific progress that was morally ambiguous or just immoral.

The subtitle parallels the Greek myth of Prometheus, who is punished for stealing fire from the Gods and giving it to human beings, with the story of Frankenstein, who ventures into the unnatural realm of reanimating dead bodies. If it weren’t for Frankenstein’s untempered ambition, the monster would have never existed – and therefore, would have never felt betrayed and ostracised enough to kill people in revenge.

The prose during the creation of the monster contains subtle references to the story of creation in the Bible. But unlike God, Frankenstein makes no attempt to help or even understand his creation. He only sees the monster as a grave mistake and not a sentient being with feelings. The monster behaves exactly how we could expect an abandoned baby would behave if a baby was born as a fully formed adult. All his evil traits are not inherent but learned from the world around him.

So let’s return to the question at the beginning: Who is the real monster? Is it Frankenstein, after all? I’ll let you decide after you give this classic tale a read. You can get the book here! 📖 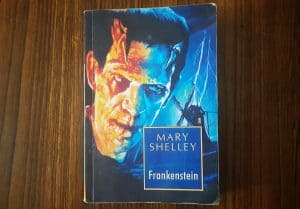 Quick question before we start: Is Frankenstein the monster? The apparent answer is no. Frankenstein is the name of the scientist who creates the monster, and not the monster itself. But this is the question Mary Shelly wants you to answer in her 1818 novel 'Frankenstein': Who is the real monster?