The Lowland – Reading Just Once Won’t Satisfy You!


I believe that a good book is equivalent to time travel. It is not easy to find a book that you sit with, and soon you feel like you have landed on some other dimension by a time machine. Some books really make you numb in a good way, and you just flow with the echo of the words on the pages in your mind. I cherish the books that are easy to digest even if it demands some effort on the reader’s part.

There are not many books that make you desire to read the entire book more than once. But there are also some books that make your eyes strain, but you can’t resist the urge to read them over and over again. The Lowland by Jhumpa Lahiri is one such kind. When I was reading the book, all I could do was think about how Lahiri had depicted everything that was going around during the Naxalite Movement in Calcutta with just one family. Lahiri talked about everything that had happened in the surroundings of Calcutta city and the political aspects of it. From the very first parts, it reflected that she wasn’t a kind of supporter of that. Precisely she had written about four generations of a family, and digging through all the secrets and mysteries of the characters while turning down each page was exciting for me. It was pleasant how the two brothers Subhash and Udayan were inseparable, and their souls resided in each other. They even looked alike and were mistaken for one another in the Lowland. They were born just five months apart, Subhash being the older one. They looked alike, even in photographs. But unlike their same looks, they had an opposite personality from their childhood itself. Subhash was a quiet, cautious one who kept himself away from getting into all unwanted troubles.

It was fascinating to read how he stayed with her mother most of the time watching her cook at the coal stove or embroider sarees. He also seemed to have an irresistible love for nature. While on the other hand, Udayan was more impulsive. It brought a smile to my face reading how Udayan as a small boy, had protested for Subhash going to school alone without him, and so both were put into the same class in the same Bengali medium school for boys. We all have heard that among a sibling, the smaller one is more agile, and reading that was pretty satisfying. 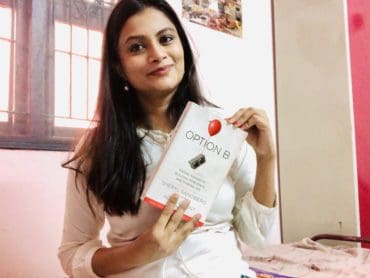 Option B – A Guide To Overcome Adversity & Build Resilience! 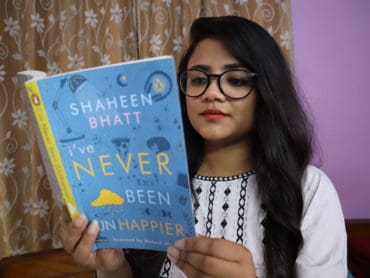 I’ve Never Been (Un) Happier – A Battle with Depression. 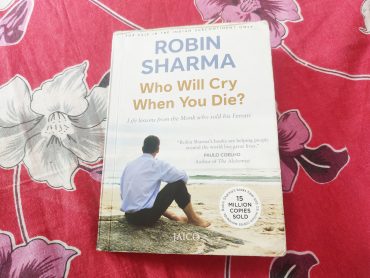 Who Will Cry When You Die? – Live Your Life To The Fullest!

Even though they loved each other with all of their hearts and looked alike, they grew up with different points of view in various aspects, but those were not strong enough to break their bond. The only turning point that had brought distance in their relationship was when Subhash left home to pursue higher studies with scientific research in America. Whereas, Udayan stayed in Calcutta being a part of the Naxalite Movement.

Everything seemed quite fine until the tragic death of Udayan, leaving behind his pregnant wife, Gauri. Subhash, after he got the news that came to him like a bolt from the blue, returned to India as any other concerned family member would do. I was really impressed when Subhash stood up for his brother’s wife against his parents when they were treating her wrong. Supporting a woman whose only support dies is quite heroic, and not every man has that willpower to stand for a woman who has no one left, but herself. His qualities made me think of him as a good human from the very start. Subhash married her, and they shifted to Rhode Island. Gauri gave birth to a girl who was named Bela, and she was the apple of Subhash’s eye. I appreciated Gauri the whole time how she had fought for herself and continued with her academic career. She proved every notion of a girl not being able to do anything other than managing her home and her family wrong. Girls need to fight for themselves; that was what she taught me.


Apart from all the differences between Gauri and Subhash, the secrets that they kept from Bela about her father would not have lasted long. I was curious the whole time whether she would know about her biological father, and what her next step would be. Lahiri talked a lot about Bela being exactly the same as her biological father. She was brave and rebellious; that’s what caught my attention. It does not matter who you are, and what your gender is what all matters are what you want to do for yourself. Whatever happens to you should not be a reason for you to settle for less. There is a lot to learn like how some incidents change our life completely, but some bind us back to life. Life happens, and in one way or the other, it’s for our good. The family drama wasn’t all that Lahiri had written. She talked a lot about the political aspects and the secret of how actually Udayan got killed and if it were really his fault.

"Jhumpa Lahiri did a luminous work and kept everything very simple for the reader, yet she told so much." Click To Tweet

Lahiri never failed to surprise me with every single page I turned. The book is worth reading for all of its secrets and mysteries, keeping in mind the family drama that feels so real. Lahiri did a luminous work and kept everything very simple for the reader, yet she told so much. Even though there was a lot to praise about the book, there were also some disturbing points. Lahiri had written a lot about all the happenings of the Naxalite movement but did not write anything about the Naxal poetry that was a very important part of the movement. The other point that was not very pleasing was that Gauri’s life should have solely portrayed rather than just revolving around the brothers. But these points are very diminutive considering the fact that you would not get over the impact of the book even after you come to an end, and that’s how magical it is. You can get the book here! 📖

I believe that a good book is equivalent to time travel. It is not easy to find a book that you sit with, and soon you feel like you have landed on some other dimension by a time machine. Some books really make you numb in a good way, and you just flow with the echo of the words on the pages in your mind. I cherish the books that are easy to digest even if it demands some effort on the reader's part.

Rituparna Seal is an explorer as a reader. She is also a quote writer and poet fond of playing with words. She will make you fall in love with books.