Allegiant – The Final Book of The Crazy World of Divergent!


I love reading stand-alone novels. I am not much of a series person. I feel reading a series requires commitment – because, you know, you cannot just read the first book or the first few books and not read the rest. Well, one can always dump a book or series if it gets that terrible. But, no one willingly invests their time in a story only not to follow it further, right?

So, after reading Divergent and Insurgent, I finally made my way to the last book in the series, that is – the Allegiant. And honestly, there is a lot that I need to say about this book, so just get your bowl of popcorn already, okay? Now, if you have read the first two books (which I am assuming you already have), then you would know the basic storyline of the series. I don’t want to put out spoilers, so I am not going to discuss the plot in detail. However, I will talk about how the story moves, what are the things I liked, and what are the things that repulsed me so much that my eyes hurt because of all the eye-rolling.

Okay, so I am not one of those people who likes to beat around the bush. So, I will just say it right here that Allegiant is boring. Well, it’s definitely not the most boring book I have read in my life. In fact, I think it’s pretty interesting when compared to a lot of books out there. But when we consider the Divergent series, I think Allegiant is the weakest of all. And isn’t that so sad? Because I feel sometimes the second book ends up being the weakest because of all the pressure and expectations. But when the final book turns out to be boring and not up to the mark, it’s such a bummer. Because there’s really no going back. The author cannot compensate for this with a sequel, right? It’s done and dusted, and we have to make peace with disappointment. 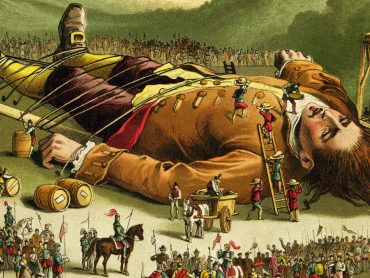 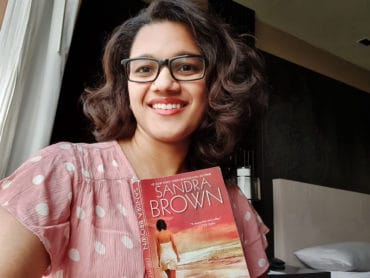 Demon Rumm by Sandra Brown – An Ode To The Pilot!

One of the most terrible things about Allegiant is that the book is written from both Tris and Four’s perspectives. Now, this could have been a great movie, but sadly, Veronica Roth couldn’t do justice. After a few chapters, there was almost no difference between the two perspectives anymore. It felt like they were both the very same people. Ugh! After all the crazy events that happened in the second book Insurgent, I was expecting something completely mind-blowing in the final book. But that just didn’t happen. For the longest time, it felt like the story was going nowhere. So much time in the book was spent talking about experiments that could have been cut short for the sake of the dear lord. And then the conflict between the factions and the factionless made it even more unbearable. I was expecting the outside world of the post-apocalyptic Chicago’s fences to be something extraordinary, but to my utter disappointment that was not the case. This was something I was waiting forever since the very first book. The moment I got to know that there were walls built around the post-apocalyptic Chicago, I couldn’t stop but imagine the crazy world beyond the walls. And then finally when the time came for us to see that world, Roth disappointed us so bad that I am still beyond upset.

And then comes the pace of the book. I mean it matched the storyline quite well actually. Allegiant is a boring book as I have already mentioned, and most of the boredom comes from its slow beginning. But suddenly, towards the end, the book picks up its pace. And you are like – Woah! What’s happening? It’s like for most of the book nothing much happens, and suddenly there is this rush. Honestly, it felt like Veronica Roth herself got so bored with the story that she began rushing it just to get over with it. And that, my friend, is such a cruel thing to do to the readers who were so invested in the series. Another thing that I absolutely hate about the book is the relationship between Tris and Four. Don’t get me wrong. I loved both the characters and I was extremely invested. But I wasn’t much of a fan of their relationship with each other. I mean, they were constantly fighting, and there were just way too many arguments, and none of those arguments actually boiled down to anything sensible.


"I was expecting something completely mind-blowing in the final book. But that just didn't happen." Click To Tweet

Wow! Writing about this book without spilling spoilers is tougher than I thought! For me personally, the only thing that was good about this book was Tris. Tris was back in the game. I fell in love with Tris in Divergent. But in the second instalment Insurgent, Tris went a little off, which was okay since the character had gone through a lot in such a small period of time. But in Allegiant, I saw the strong, courageous, and brave Tris all over again. And that was so freaking amazing. I was so invested in her character, and Allegiant gave me all the more reasons to love her.

Now, I really don’t know how even to bring myself to talk about the ending. Since I have promised I won’t put out any spoilers, let me suffice by saying this much that I was devastated. I don’t want to disrespect the author, but Veronica Roth is so freaking cruel. What she did with the ending was completely unnecessary and uncalled for. It’s not about happy endings and sad endings. It’s really not. But it’s purely about doing certain things just for the sake of it. And with Allegiant it felt like Roth was trying to prove a point. Well, I don’t know if she herself was satisfied with the way she ended the book, but I was completely disappointed, mad, and just so upset. She ruined the series for me. And that’s about it!

Now, if you are wondering whether you should read Allegiant or not, I would just say that it’s all up to you if you want your heart to be broken or not. But then, some things are worth getting our hearts broken for. The question is – Is Allegiant worth it? Personally, a big fat no! The decision is yours to make. But if I were you, I would stay the hell away from this book and try to forget that it exists. Yikes! You can get the book here! 📖

I love reading stand-alone novels. I am not much of a series person. I feel reading a series requires commitment – because, you know, you cannot just read the first book or the first few books and not read the rest. Well, one can always dump a book or series if it gets that terrible. But, no one willingly invests their time in a story only not to follow it further, right?