Movies Based On Books That Are ACTUALLY Good! 🎬 + 📖


You can either be a book person or a movie person, but what stays constant is the united love for stories. People often get into debates discussing which is better than which. Honestly, both are very different experiences. Both tell us stories in their unique ways. What makes reading amusing is that a single book read by a thousand people will bring a unique experience for each of them. If each reader sits down to sketch the protagonist, we’ll see that each one of them has illustrated a completely different person. Thus, reading is a very solo, intimate experience, and that’s the charm of it. It feels very personal to read a book and visualize the scenarios in your head. No one else will ever come close to your imagination, and vice versa. However, with movies, your vision comes to rest. It’s like the story is being served to you on a platter; thus, it gets easier for you to consume the story. That’s why more people go for movies than books.

🎬 Best Movies Based On Novels

Sadly, most literary adaptations are abysmal. It’s undoubtedly challenging to turn a book into a movie without omitting at least one scene. And let’s not even talk about the poor resemblance between the protagonist in the book and the movie. If the book says the protagonist has curly hair, he must have curly hair in the movie too! It’s not delightful when the description given in the book does not match with the movie. It breaks the heart of a bookworm. However, some movie adaptations are pretty good, if not perfect.

Call Me by Your Name (by André Aciman)

“Call Me by Your Name” is one of those rare movies that I watched before reading the book. The moment I finished watching the movie, I went ahead and placed my order of the book. I had to. It was a necessity. Once I read the book, I could draw a comparison between the two, and trust me, both the book and the movie were equally good in their different ways. At times, I felt the movie was even better than the book. And that’s why you will need to read the book because you want to get to know the characters more deeply. The plot is based on the Italian Riviera. It’s a story about Elio and Oliver. Oliver is the student of Elio’s father, who happens to be a professor and hosts guests every summer. The story is all about what they do and how they spend their summer. It’s about self-exploration and love. It’s also a thoroughly artistic movie. The Italian Riviera is so picturesque that the film outdoes the description given in the book. The visual platform of the movie leaves behind a reader’s imagination. 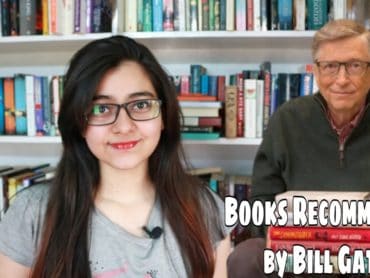 The Most Beautiful & Romantic Love Letters Of All Time! 💌

On the other hand, the movie lacks the tool to take you inside Elio’s mind. Since Elio narrates the story himself in the book, it’s easier to understand what goes inside his mind. As Elio is a very complex person, it’s additionally essential to understand the layers to his character, which becomes exceedingly difficult while watching the movie because there is so much going on inside his head that the actor cannot even remotely portray. When you read the book, this fact dawns upon you as a revelation. So, I think Call me by your name is a story that you should consume both in the form of a book and a movie. It’s that good! You can get the book here! 📖

The Goldfinch (by Donna Tartt)

Not all stories are received with the love they truly deserve, and “The Goldfinch” has to be one of them. If you enjoy complex stories, then this one is for you. Donna Tartt released her book The Goldfinch in 2013. It was later adapted into a movie in 2019, directed by John Crowley and Peter Straughan. I read the book recently, and when I found out that Ansel Elgort plays the lead in the movie, I had to watch it. Best decision of my life! The film follows the story of a thirteen-year-old boy named Theodore Decker. His mother is killed in a terrorist bombing at the Metropolitan Museum of Art in New York City. Theo walks out of that museum with a painting called The Goldfinch and an engraved ring that was given to him by a dying man. I can understand why the movie flopped at the box office. The story of the Goldfinch centers on the grief, guilt, and trauma of Theo and his attachment with the painting. The story is more about what happens inside Theo’s mind and less about what happens around him. It isn’t easy to turn an eight-hundred-page novel into a movie, but I firmly believe that the cast and the director did a fantastic job. So, if you are in a mood for something intense that will leave a lasting impression on you, then go for this movie and watch it with lots of patience. You can get the book here! 📖

Elizabeth Gilbert is a queen, and so is Julia Roberts. “Eat, Pray, Love” is a memoir adapted into a biographical romantic drama film. Julia Roberts plays the role of Elizabeth Gilbert, who has everything in her life – a husband, a wonderful house, and a successful career, but she is not happy. Her husband wants to start a family with her, but she isn’t ready to become a mother yet. She is confused and unhappy. After a pathetic and expensive divorce, Gilbert goes on a long tour. She starts her journey of self-discovery from Italy, where she enjoys the delicious Italian cuisine and nourishes herself. Then she travels to India to explore spirituality and finally reaches Bali in Indonesia, where she finds the balance between love, spirituality, and peace. The movie beautifully captures the elements of all these places, and by the end, you’ll feel a sense of calm and composure too. You can get the book here! 📖

All the Bright Places (by Jennifer Niven)

When I read Jennifer Niven‘s novel All the Bright Places, I was angry. I loved the story, but I was furious because the characters were so much more than their mental illness. So, I didn’t care about the movie much. However, when I watched the movie, I completely fell in love with it. The story is about Theodore Finch and Violet Markey, who are both dealing with mental illness and find comfort in each other. When Theodore gets to know that Violet wants to kill herself as she is going through PTSD after her sister Eleanor’s death, he tries to make her happy again. The movie is vague about Theodore’s illness, but his history of self-harm becomes evident in some scenes. All the Bright Places is one of the most beautifully shot films ever. It’s aesthetic and picturesque. The cast delivers terrific performances. The chemistry between the actors playing Violet and Theodore is palpable too. You can get the book here! 📖

The Perks of Being a Wallflower (by Stephen Chbosky)

You know a movie will be good when the author turns his book into a film himself. That’s precisely the case with The Perks of Being a Wallflower. Stephen Chbosky adapted his book into a movie and directed it as well. I think this was quite a complicated story to be made into a film because the entire book is written in letters by Charlie to an unnamed recipient. The story revolves around Charlie, who is in his freshman year of high school. His history of depression and PTSD makes it difficult for him to make friends, but he connects with Mr. Anderson, who happens to be his English teacher. Charlie also makes friends with Sam and her stepbrother Patrick, who are both his seniors. The movie captures Charlie’s struggle of belonging and being himself. The story also touches upon some critical issues such as child abuse and suicide. Also, the cast elevates the movie to another level. I highly recommend watching this movie, especially for teenagers. You can get the book here! 📖

Daphne du Maurier happens to be one of my most favorite authors. Her book “Rebecca” touches my heart like no other book. It also introduced me to the gothic genre, and I am grateful. If you want to start reading gothic, then Rebecca is a beautiful start because it’s incredibly accessible. The book’s protagonist is an unnamed young woman who works as a companion of an old lady. On one of her travels, our protagonist meets Maxim de Winter, who is much older than her and a widower. They quickly get married after knowing each other for a brief period. After getting married, Maxim takes her to his mansion in England. The name of the estate is Manderley. That’s where the story begins. When she starts living in Manderley, she feels the strange presence of Rebecca, who was Maxim’s first wife and died in a boating accident. From the housekeeper to the other staff members, everyone seemed to be enamored by Rebecca. This makes our protagonist suffer through an identity crisis. She wants to mimic Rebecca and be like her. Rebecca is a great movie. It’s rich and enchanting. Everything is so pretty, from the costumes to the set, and it’s impossible to take your eyes off the screen. The caste is just as handsome. It’s not a perfect adaptation, though. But when it comes to a classic that Rebecca is, I think this adaptation comes pretty close. You can get the book here! 📖

Other than these movies, many different literary adaptations will steal your heart. The Fault in Our Stars has to be one of the bests. The Boy in the Striped Pyjamas is a heart-warming movie set in the World War II premise. Pride and Prejudice, directed by Joe Wright, is also loved widely. Greta Gerwig’s 2019 adaptation of Little Women swept all of us off our feet. And how can I forget the 1995 adaptation of Jane Austen‘s novel Sense and Sensibility? All of these movies are marvelous and do justice to the books. You can sign up for Amazon Prime Video 🎬 and get access to unlimited streaming of your favorite movies/shows. So, definitely add these to your must-watch list and let us know in the comments which one you loved the most.