Who doesn’t love classics! The unique cultural settings, engrossing plots, interesting characters, and timeless appeal truly make these the best of books the world of literature has ever seen!

Of the many classics I have read, the one book I can never get enough of is the hilariously adorable evergreen novel of Jane Austen that most book lovers have unanimously dubbed as a must-read of all time! I’m sure you have guessed it by now. Yes, I am talking about ‘Pride and Prejudice’. Originally published under the title ‘First Impressions’, Jane Austen herself describes this novel as her “own darling child”. Of course, every book is precious to an author who painstakingly creates magic with their words, choosing with care the characters and the plot that makes the read an interesting and entertaining one. But it looks like Pride and Prejudice had a special place in Austen’s heart the way it does with the millions of readers who have read it, including me. You can get the book here! 📖

Come to think of it, it’s been 200 years since the book first opened to highly favorable reviews, and yet, even today, it remains one of the most cherished reads worldwide! So what makes this book special? Yes, the dreamy Mr. Darcy, most definitely. Although he does come across as being standoffish and arrogant at the beginning of the novel, he goes on to steal the hearts of every reader in the way he transforms himself and becomes humble and kind to win Elizabeth’s affections. But the success of this novel cannot be attributed to Mr. Darcy alone (although he does play a huge role in it!). It is a combination of the seemingly trivial but indispensable details that came together so beautifully, like the dramatic plot settings involving the hysterics, hypocrisy, and scandal, the whole host of complicated and highly flawed characters, be it the Bennets or Bingleys, the portrayal of class and gender which forms the subtext of the book, and the use of simple but effective figurative language brimming with satire. In fact, we are introduced to her irony and humor in the very first sentence, which remains one of the most original and spellbinding opening lines in the whole of English literature. 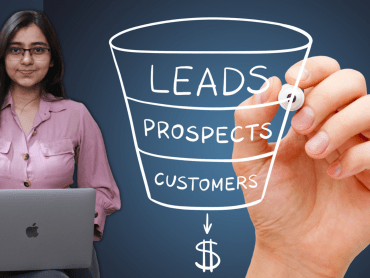 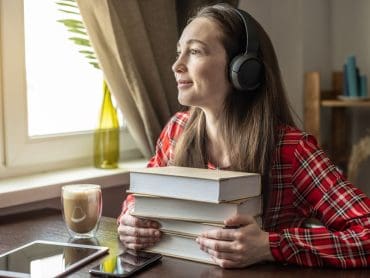 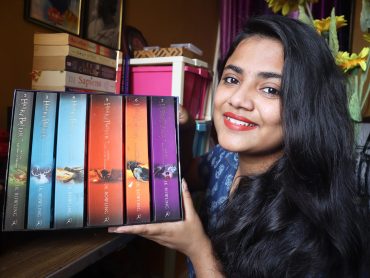 The Order In Which You Should Read Harry Potter Books! 📚

“It is a truth universally acknowledged that a single man in possession of a good fortune, must be in want of a wife.”

If you are a true Pride and Prejudice fan like me, you already know these lines by heart. The novel is so loved and enjoyed that it has been adapted and retold by many different authors in many different ways, each spinning their own take of Lizzie and Darcy in truly hilarious ways. And while no retelling can ever hold a candle to the original, it does make for some delightful reads.

🤔 Are You Curious: Why Is “Pride and Prejudice” Still So Popular Even After Two Centuries?

So, of the many adaptations of this evergreen classic, I bring you the Top 5 retellings; they are creative, they are full of life, they are told from multiple points of view, but above all, they come with incredulously large doses of the Darcy – Lizzie titbits and appeal that we readers can never get enough of!

“I take it you don’t believe in love at first sight.” “Does anyone over the age of thirteen? Do you?” “I don’t, no,” Darcy said. “But I don’t rule out for others what I haven’t experienced firsthand.” ― Curtis Sittenfeld, Eligible


A modern-day version of the classic novel, this book is an absolute treat from start to finish. This one features Lizzie as a magazine writer and Jane as a yoga instructor living in New York City. When their father, Fred Bennet, suffers a heart attack, the sisters rush back to their home at Hyde Park in Cincinnati to care for their father and take charge of his health and home. Soon fate brings Fitzwilliam Darcy, Chip Bingley, Willie Collins, and Jasper Wicks into their lives, and how each of their lives gets entangled with one another forms the rest of the story. Since the plot follows the original closely, much of the events are already known to the reader. However, Curtis Sittenfeld adds a couple of twists and turns of her own, taking the readers by surprise. In a world led by smartphones and dating apps, and cryopreservation, finding a soul mate is a whole new ball game altogether! You can get the book here! 📖

Melissa Nathan is one of my all-time authors. A true Jane Austen fan, she modeled two of her popular novels on Austen’s classics. Unfortunately, she died tragically at a very young age, but not before making her mark in the literary world. Her novel, Pride, Prejudice and Jasmin Field, was an instant bestseller and was well–received by readers all over the world.

Everyone knows that Harry Noble, Britain’s heartthrob and popular Academy Award winner, along with being a brilliant director, is also unreasonably haughty and scornfully arrogant. But never did Jasmin Field, a happily single journalist working for a popular woman’s magazine, expect him to be so disdainfully rude as to call her “the ugly sister” behind her back when she arrives to audition for the stage performance of ‘Pride and Prejudice’, a play to be directed by none other than Harry Noble. Fuelled by anger, she performs her role impeccably, where to her absolute surprise, she gets cast as Elizabeth Bennet. But with Harry Noble’s comment stewing inside her mind, she is quite determined to teach him a good lesson or two during the rehearsals. Full of quirky and amusing British slangs and phrases, this is a book that you will not be able to put down! You can get the book here! 📖

An Assembly Such As This by Pamela Aidan

“She is tolerable, but not handsome enough to tempt me.” ― Pamela Aidan, An Assembly Such As This

So we all know how the story pans out from Elizabeth’s point of view. Her feelings about marriage, love and Mr. Darcy are made quite clear from the many conversations she has with her sisters and friends at various points in the story. But have you ever thought about how Darcy would have felt attending the Netherfield Ball and meeting the Bennet family, or why he thought keeping Bingley away from Jane was imperative? Well, this book gives you a chance to get into Darcy’s mind and be privy to his innermost thoughts as he navigates his way through the many events and situations that brings him closer to Lizzie. While this book has met with mixed reactions and reviews from many readers, it does make for an engaging read, considering how the whole story has been told from the swoon-worthy Darcy’s POV. You can get the book here! 📖

Ayesha at Last by Uzma Jalaluddin

The beauty of Pride and Prejudice is that the central theme of the novel is so universal that it can be applied to any culture or country. When marrying daughters on time and finding ‘well–settled’ sons-in-law is a common concern for most Asian mothers, Ayesha At Last by Uzma Jalaluddin offers a beautifully written and humorous take on the theme with Ayesha and Khalid as central characters. Ayesha’s progressive thoughts clashing with Khalid’s traditional mindset have been brought out really well by Ms. Jalaluddin. And like Eligible, this book comes with sudden unexpected twists that truly elevate the story! A must, must-read, in my opinion! You can get the book here! 📖


Pride and Premeditation by Tirzah Price

There are so many amazing adaptations that I was quite conflicted as to what final book I should include in my list when quite serendipitously, I happened to read the newly released debut novel ‘Pride and Premeditation’ by Tirzah Price. Truly, what a book! What makes this novel different from the rest is the murder mystery element presented in it. A classic combined with a thriller; trust me, it doesn’t get better than that! In this novel, Lizzie Bennet and Darcy are seen solving a murder set in erstwhile London while battling complicated feelings for each other. A cleverly woven storyline with enough unpredictable twists told in a witty and hilarious manner; this book makes for a wonderful page-turning experience! You can get the book here! 📖

So, there you have it! Some of the most terrific and brilliantly written reimaginings on Pride and Prejudice! Which one are you inclined to read first? Do let me know in the comments!