The name Sylvia Plath instantly calls to mind the author-poet’s untimely and disturbing suicide; infamously killing herself by sticking her head in an oven, Plath has become something of an icon among existentialists and people who suffer from mental illnesses alike. Sylvia Plath (under the pseudonym “Victoria Lucas”) published her first and only novel “The Bell Jar” in 1963, a mere month before taking her own life. The novel is semi-autobiographical, taking inspiration from Plath’s own life while fictionalizing certain details.

If you’re a fan of Plath’s cutting, confessional poetry, you might want to read The Bell Jar almost exclusively as an explanation of her struggles with depression. This was definitely true for me the first time I read ‘The Bell Jar’. I paid less attention to what the book itself was trying to tell me and tried to squint between the lines for ‘hints’ of the real Sylvia lurking beneath the page.

And there certainly is a fair amount in common between Esther, The Bell Jar’s protagonist, and Sylvia herself. Both were exceptionally talented at academia, both received an internship with a fashion magazine in New York, and both women were admitted into a psychiatric hospital and received shock treatments. With so much in common between the two, little separates Plath, the author, and Esther, the character. 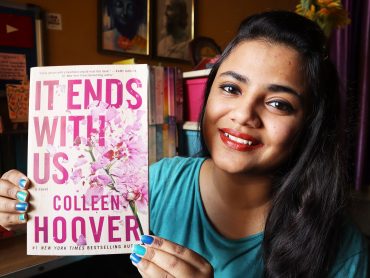 It Ends With Us – A MUST Read For Young Women! 👍 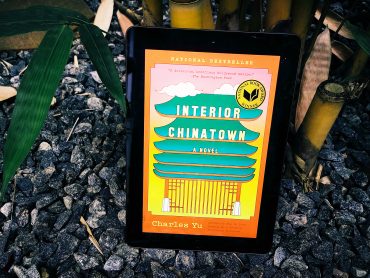 Interior Chinatown – A Stunning Read That Explores The “Behind The Scenes” Of The World Of Show Business! 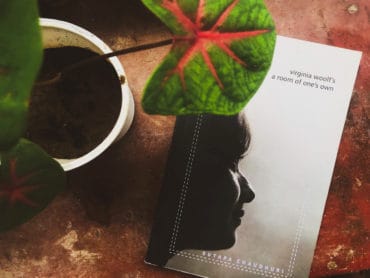 A Room of One’s Own – Empowering Words Or Privileged Mindset?

While it is hard to separate The Bell Jar from the real events that inspired it, it would be quite reductive to read The Bell Jar only as an account of Plath’s depression. The novel is, at its core, concerned with the coming-of-age of a 20-year-old young woman in 1950s America. The novel opens with Esther’s internship in New York.

Although the internship seems glamorous from the outside, Esther hardly seems to enjoy it, saying, “I was supposed to be having the time of my life.” She tries to get as much ‘real world experience’ as she can with her friend Doreen in the few weeks she spends in New York, ordering drinks at random and attempting to find someone to lose her virginity to. Her actions may seem bizarre to modern readers, but it makes sense given the context. America in the 50s had very rigid gender roles for women. There were only two kinds – the ‘good’ women who remain virgins until they marry a successful man, have at least two children, maintain a spotless household, and are ideal ‘wives’. The other kind was the bad women, promiscuous and unmarried, who may survive if they manage to figure out how to use their sexuality to their advantage.


Esther is both these women and neither of these women. On the one hand, she is an excellent student set to receive another scholarship to study at Cambridge University, with a soon-to-be doctor boyfriend. On the other, she wants to live an unrestricted life as a poet. She wants to enjoy the same freedoms that default to men, such as walking down a narrow lane at night by herself. Sounds familiar, doesn’t it, ladies?

The first time you read The Bell Jar, it might leave you confused, as it did for me. Regardless of how obsessed with or indifferent to Sylvia Plath, the person you are, the book isn’t exactly an easy read. Plath’s protagonist Esther Greenwood is sometimes an unreliable narrator, whether it is never fully explaining her intentions or relaying the details of her own distorted reality. After all, the book is also an exploration of slow-burn psychosis and psychiatric treatment in the 50s. (Hint: including shock treatments).

But as dark as the book is, it is equal parts funny. Plath writes with the wry humor of someone who knows they are more or less doomed. Esther is unapologetically sardonic and, above all else, relatable. She doesn’t want to be limited by any box society may have fashioned for a woman her age but struggles to realize this because these social norms are suffocating and detrimental to forming a unique identity. This is the titular Bell Jar in which Esther struggles to breathe, and therefore, flourish.

As we near almost seventy years following its publication, ‘The Bell Jar’ continues to be read and enjoyed by people from all walks of life. Don’t let the serious subjects it deals with intimidating you. We have all felt lost, rebellious, and even depressed in some capacity, and The Bell Jar helps us understand these feelings better. Because to some degree, we are all Esther. You can get the book here! 📖 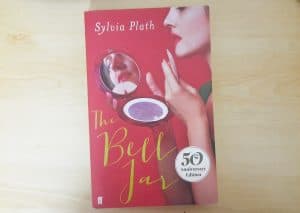 The name Sylvia Plath instantly calls to mind the author-poet's untimely and disturbing suicide; infamously killing herself by sticking her head in an oven, Plath has become something of an icon among existentialists and people who suffer from mental illnesses alike. Sylvia Plath (under the pseudonym "Victoria Lucas") published her first and only novel "The Bell Jar" in 1963, a mere month before taking her own life. The novel is semi-autobiographical, taking inspiration from Plath's own life while fictionalizing certain details.