There wasn’t a single kid who didn’t know Percy Jackson. It is perhaps the most successful children and young adult book series since Harry Potter. Rick Riordan sold over 20 million copies worldwide in the last decade and is still pumping out new novels to this day. Other than Percy Jackson, Riordan also created the Kane Chronicles surrounding Egyptian mythology and the Magnus Chase series based on Norse mythology. So what’s the formula to this incredible success? Read on to take a trip down nostalgia lane and find out the secrets behind Rick Riordan’s genius.

The premise of the Percy Jackson series is simple – a modernizing myth. Before Percy Jackson, most mythological stories were told in a rather boring way. Greek mythology especially was full of dramatic feuds, fantastical births, and complex family dynamics. Rick Riordan found the perfect way to make mythology interesting to kids – he made it relatable. 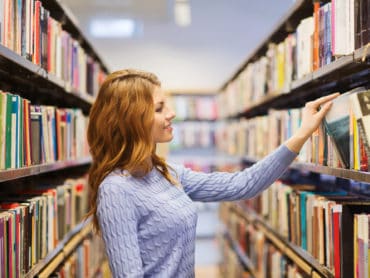 What is the Genre that Authors always Bank on? 👍 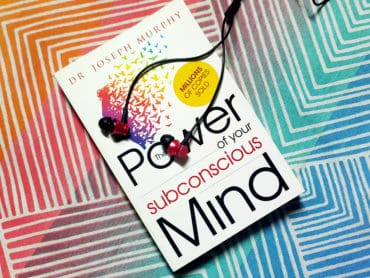 Nothing Can Beat The Combination Of Books And Music! 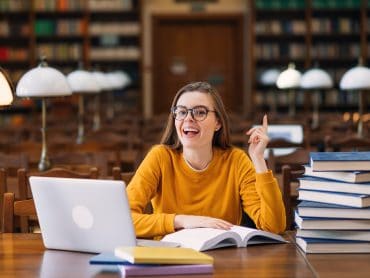 Smashing the idea that Gods were meant to be on a pedestal, Riordan reimagined these immortal beings as comically vindictive and immature rather than wise and all-knowing. This allows the teenage demigods to be the heroes, who the readers can relate to. Riordan sticks to the actual myths as far as possible and manages to deliver these stories to kids through the lenses of other kids. He also imagines what these Gods would act like in the modern era and makes it an active part of the story. Pretty ingenious, huh?

The 5 books in the first Percy Jackson series are all written in the first person from Percy’s perspective. Having a point-of-view character makes it so much easier for the reader to imagine themselves in this world from the get-go. Percy’s narration is also loaded with sarcasm and wit, which adds some humor to the novel and helps balance some of its heavy themes.


But no matter how fast-paced the action is, or who Percy and the gang are interacting with, the dialogues and descriptions are simple to read and process in an instant. Riordan is a master at maintaining the pace of his stories, and the books never lag at any point. In Heroes of Olympus, he switches up this narrative style to multiple points of view and third-person narration, which is admittedly not as good as Percy’s narration. But by this point, the readers of the original series had grown older and become more invested in the story, which allowed Riordan to explore a more complex narrative.

Riordan is very aware of who he is writing for with every book he works on. The Kane Chronicles has the similarly sarcastic Sadie as an important point of view character and the level-headed Carter to balance her out. His keen eye for pacing makes every book of his a rollercoaster from start to finish.

A World Readers Can Insert Themselves Into

I don’t know about you, but I must have taken a million ‘Who is Your Godly Parent’ quizzes when I was younger. And that’s part of the appeal of Percy Jackson. Much like Harry Potter’s Hogwarts houses, the various godly parents in the PJO universe allow kids to imagine being a part of this world more vividly. It’s fun and engaging to see where you, the reader, would fit into this fictional world.

This feature helps the escapist appeal of these books even more, with readers discussing which Godly parent they would have with their friends. Many fan communities popped up online so fans could connect with other fans with similar interests and inclinations. But most of all, imagining having a Godly parent helps children cope with loneliness by making them seem special. PJO is a series that comforted many children at a vulnerable time in their lives – this writer included.

Inclusive Books For The 21st Century

Riordan famously wrote the first Percy Jackson book for his son, who struggled with ADHD and dyslexia. Percy, who is modeled after Riordan’s son, is seen struggling in school and is labeled a no-good troublemaker because the mortal world cannot understand his special abilities. The mortal world is a nuanced metaphor for the neurotypical world that only values certain skills in children and shuns differently-abled minds.


Percy Jackson became an inspiration not only for other children with ADHD and dyslexia but any child who had been sidelined by adults who did not take the time to understand them. Having worked as a teacher, Riordan wanted to include as much diversity in his books as he could. He included gay and bisexual characters, Asian and Latina heritage characters, and more. However, his inclusion of a Muslim character in the Magnus Chase series has drawn some criticism for seeming like token representation.

Thanks to the fact that most cultures in the world have a body of mythology, Riordan is likely never to run out of source material. He can create more and more independent series using the same formulas that worked for him in the original Percy Jackson series for a newer generation of kids. This has also given Riordan the opportunity to give his younger readers a glimpse of more accurate Norse mythology, since Marvel’s portrayal of Loki, Thor, and Asgard is very far from the original.

However, this ever-expanding universe is a double-edged sword. Fans of the original series are growing tired of the formula being re-packaged into different mythologies. There is also the issue of cultural appropriation when Riordan draws from mythologies and cultures he may not be very familiar with. The recent Magnus Chase series and the Trials of Apollo series did not reach the previous series’s level of success.

But at the end of the day, Percy Jackson is still a comfort read for me. There is no denying that it is a masterfully crafted series that continues to capture the minds of young readers a decade after its initial release. Riordan’s success even inspired series like Amish Tripathi’s Shiva trilogy based on Indian mythology. Riordan transformed the young adult and children landscape forever – and definitely for the better.