What is the Genre that Authors always Bank on? 👍


The genre authors always bank on. All book lovers have one hard decision to make – that of choosing a favourite genre. While most people have multiple favourites and sometimes varied taste that ranges between two extremes, there are cases where some genres fall out of favour after a period of surging popularity.

The recent market trends have shown periods of popularity for particular genres where the market was flooded with a massive variety of books for that specific category, cashing on the trend. This has been varying from mythology to chic-lit romance. It is hard to lock down on the one variety that has a permanent fan base.

But if it were to come to the eventual question, the most popular genre authors would always bank on is this: Crime Fiction. Romance is a strong second contender, but despite repeated dip periods, crime fiction has emerged as the undisputed favorite of the masses time and again. Broadly classified, crime fiction is the blanket under which multiple sub-genres exist, including mysteries, legal thrillers, gory whodunit fiction, and medical thrillers. 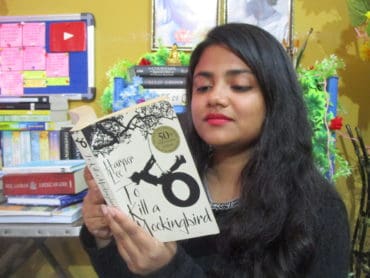 Why “To Kill a Mockingbird” Is The Greatest Classic Ever! 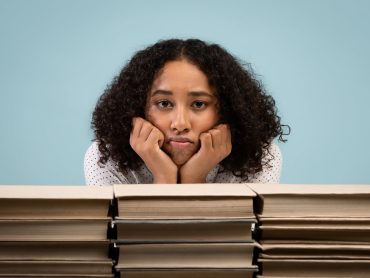 Books By Celebrities: Why Do They Suck? 🤔 👎

Due to the availability of many avenues for exploration, crime fiction is a good bet for authors who want to write a book that gets them noticed.

The Mystery vs. Thriller Debate

There are two significant aspects of crime fiction: the broad classifications of the subgenres that fall in either the ‘mystery’ category or the ‘thriller’ category. The difference is subtle, so is the understanding of the plot points. While a mystery is a story detailing events after a crime has been committed, in trying to identify the essentials of what, who, where, why and how, a thriller is a story that sets the scenes leading to the crime, and trying to prevent it from happening.


Suspense is the common factor that is evident in both these kinds of books, and the mystery stories focus on the suspense of the reveal whereas the thriller stories build upon the suspense of the crime and its identification. Understanding this difference is one of the crucial points in writing a good crime fiction novel, and this classification also helps in sorting out one’s book and deciding which subgenre it belongs to. One of the critical reasons why crime fiction sells is the sheer number of available avenues in which crimes can be committed and explored.

Real-life incidents can inspire crime thrillers and also serve as material from which a fictitious story can be built on. These incidents can be taken from the news, or from the pages of history, and sometimes even from the speculations around famous culture crimes, and result in books that explore the what-ifs that surround sensational events.

Crime fiction is perhaps the most credible and relatable type of fiction, the kind that can be passed off as ‘this could happen to anyone you know’. This feeling of relatability makes crime fiction feel much closer to home. If writers are inspired by real incidents around them, then crimes provide the most material.

Each crime is different in its own way, but the overall points are similar, making this genre the easiest to write on, coupling a little imagination with the facts.

Crime fiction allows for the writers to explore with story elements that provide the stuff to keep the reader engaged. A well-written crime thriller (no matter what commonplace crime it is written about) will be able to hold the interest of the reader. The author can also work around with the available material and make it unpredictable (or even predictable with enough suspense to keep the readers guessing and unsure until the end).

Crime fiction allows writers the freedom to work on one of the most bankable elements of fiction, that too effortlessly. Conditioning. Romance, though the second most popular genre, requires the readers to be invested in the characters or the situation to empathize with the writing itself. Romance (and most other genres) have to make the reader like the characters.

Only crime fiction allows for the writer to condition the reader to get invested in the events instead of the characters. This particular difference plays a huge role, sometimes even splitting the readers based on who they root for. Crime fiction has popular fans both for the protagonists and the antagonists, mainly because it is used to psychologically play with the readers’ expectations and minds.

Most other genres are culture-specific. Something that is the norm in some cultures can be considered nearly impossible in other cultures. The famous Asian / Western divide in the dating scene and the judgments that surround it have dragged down many romance books, for instance. But crimes are universal, and they can be infused in any geographical location, making them relevant with just a few tweaks.

This is why books from across the seas sell well, making the barriers of country, region, and race irrelevant as the characters embark on adventures following the mystery / preventing the crime. Crime fiction is the only genre that can work on one of the basic human needs of truth-seeking, and that is probably why it is so popular, and a genre that authors always bank on!