He Forgot to Say Goodbye – A Poignant Tale On Self-Discovery!


Some books are plot-based, whilst others are based on the characters. And although all books and stories have their own charm but personally, I love those stories that are based on characters. Human behavior and emotions are just so beautifully complex that there is always so much scope for discovery and exploration. Unfortunately, however, not many authors walk on the path of exploring their characters.

He Forgot to Say Goodbye (Review)

Benjamin Alire Sáenz is one of those rare authors who make the most out of his characters. He takes a lot of time framing and giving shape to his characters. And he is exceptionally good at balancing his characters too. He never confuses his readers with an overwhelming number of characters and their backstories. He keeps everything very subtle and soft so that you are able to absorb the story and fall in love with his characters. And that’s exactly what he did with his book “He Forgot to Say Goodbye.”

Honestly, I feel this is one of the most poignant stories I have ever read. The protagonists of this book are two boys Ramiro Lopez and Jake Upthegrove. Both of these boys are extremely different from each other. Ramiro lives in ‘Dizzyland,’ which is a neighborhood in El Paso where mostly the working-class Mexican-American people live. On the other hand, Jake belongs to an extremely rich family, and he lives on the west side, where there are big mansions and luxurious cars parked in front of every house. Both the boys have very different backgrounds, and in no way does it seem likely for them to become friends whatsoever.
However, one common factor eventually brings them together, and that is the absence of their fathers throughout their lives. Both the boys grew up without their fathers, which affected them right from their childhood to their teenage years. On the one hand, Jake finds it hard to get along with his mother, whom he calls by the name ‘Sally’. On the other hand, he has anger issues, and his messed-up equation with his mother makes everything even worse. 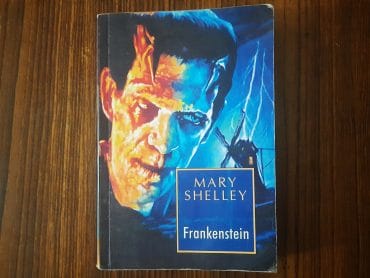 Mary Shelley’s Frankenstein – Who Is The Real Monster? 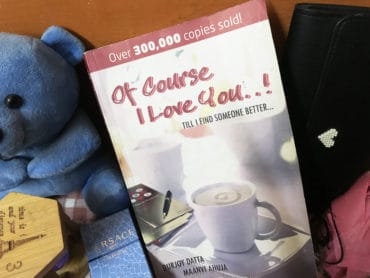 Of Course I Love You… Till I Find Something Better To Read! 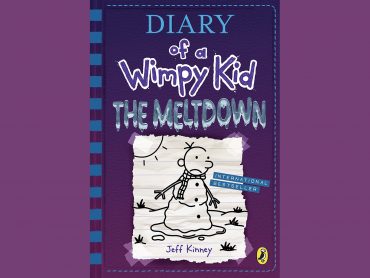 Diary of a Wimpy Kid: The Meltdown – Both Children And Adults Will Enjoy Reading This! 📖

As I was talking about the balance in Benjamin’s characters, you can see that he balanced the characters so wonderfully on both Jake’s and Ramiro’s sides. However, the most beautiful character in this book has to be the character of Alejandra. Alejandra is Ramiro’s childhood friend, who also happens to be his best friend. It’s very clear that Alejandra has a crush on Ramiro and wants to be his girlfriend, but it’s their friendship that is the most significant thing in the book.

Alejandra also ends up being the bridge between Jake and Ramiro. She is that friend who is always there for her best friends no matter what. And after reading the book, you will end up falling in love with her character. She is so pure and positive. Her soul shows she is such a beautiful person. And this is why I have so much respect for the author. He writes his characters so beautifully that he ends up making you believe in kindness. However, he doesn’t sugar-coat anything. He also shows you the reality of the world. And mostly, the world happens to be cruel and unjust. But that doesn’t stop him from not only believing but also writing characters that feel like sunshine.

The title of the book is just as significant to the plot or rather the theme of the book. We often hate ‘goodbyes’, and mostly we take ‘goodbyes’ for granted. But only those people understand the value of ‘goodbyes’ who don’t get one. And who else understands the value of ‘goodbyes’ other than Ramiro and Jake, who were never given those ‘goodbyes’ by their own fathers who left them without any hope of getting back. It was harder for Ramiro because he didn’t even receive a goodbye from his brother Tito. This book teaches you the importance of goodbyes and eulogies. It makes you recognize that the endings matter just as much as the beginnings. And that is why in my opinion, reading this book is so important.

I have personally learned so much from this book. The most important lesson is the importance of being present for your loved ones. Your presence can change a person’s life altogether. Maybe, you don’t realize it, but the most beautiful gift you can present to someone is your presence. Stay with the ones who need you, no matter if they are your family or friends. This book also taught me the value of friendship.

Friendship is so important, and one should never take it for granted. In this world of quick gratification and teenagers isolating themselves from the world, I know it’s so difficult to cultivate long-lasting and meaningful friendships. Nonetheless, you should try to build real relationships with people. Be there for your friends, nourish them, allow them the opportunity to bloom – that’s how you will live a meaningful life. And most importantly, never forget to say goodbye! You can get the book here! 📖

He Forgot to Say Goodbye

Some books are plot-based, whilst others are based on the characters. And although all books and stories have their own charm but personally, I love those stories that are based on characters. Human behavior and emotions are just so beautifully complex that there is always so much scope for discovery and exploration. Unfortunately, however, not many authors walk on the path of exploring their characters.