IWE – Indian Writing in English. There was a time when this term was associated with only the likes of Arundhati Roy and Amitav Ghosh, and then with the advent of the internet and relaxation in the styles of narratives, a new trend emerged, of light-hearted books that were short reads and took up little time and focus.

After this trend, a new wave of books emerged. There was more variety, and more genres to explore. Books had moved on from slow-paced satires to romance and inclusion of modern elements. There were three genres that mainly changed the market for Indian Writing in English.

Authors began exploring mythology, a genre that gave them a lot of scope with readymade material available for ages. There was the story crux, and there were characters readily written beforehand, each with varying shades that gave room for more imagination. And this surge in mythology-based books also led to those based on alternate viewpoints – and focuses on particular characters. 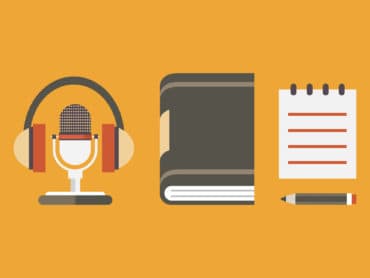 How To Start A Podcast For Bookworms? 🎙️ + 📚 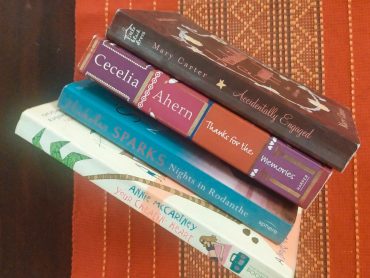 The Mahabharata was broken down, and books were written in first-person narratives based on different characters from Draupadi to Bhima. The Ramayana gave way to books written from the perspectives of Sita, Lakshmana, and even Ravana and Kumbhakarana. These stories were used for multiple purposes, starting with the representation of subdued voices, and even becoming mediums of commentary on everything from modern politics to lifestyle. The tone and the archaic language changed, and modern slang was introduced, bringing mythology and verses into more bookshelves. Mythology books diversified from being simple retellings to commentaries that included management allegories.

Romances were forever viewed as stories of sacrifice and eternal compromises. These were believed to make a lasting impression in the minds of readers. But with time, these ‘classic romances’ failed to resonate with the modern readers, often leading to jokes and memes that pointed out the near-impossible scenarios in the books.


And then the new wave of romance emerged, with Indian writers taking up their pens and proving the subtlety of writing about love in modern times, amidst modern gadgets, reduced attention spans, and commitment issues. Even the supposed ‘negative aspects’ were turned positive with excellent writing, and some stellar romances were published.

Modern books became ‘cult classics’ in their own rights because they were more relatable realistic versions of romance in the times of the internet. The widening global view only gave rise to more and more variety in romance, and more opportunities to explore. The genre gained popularity based on its versatility – for romance could be simple, light-hearted, deep, serious, end in a tragedy or become a ‘happily ever after.’ The long-form and short-form romances were predominantly the main reason why the novella culture gained popularity in the Indian English Books market. There were notable names in authors and those who wanted to try their hand at writing, those who projected their reading skills on writing, and also those who had a story to tell and a medium to work on it. Romance provided them with an easy genre to attempt, and an assured reader/fan base that was always on the lookout for fresh stories that kept churning out, taking Indian Writing in English leaps forward, by the sheer volume of books published in this immensely popular (even globally) genre. Singlehandedly, this genre has made notable authors out of newbies.

The third most important theme that got IWE books global recognition was the murder and mystery genre. Gone were the days when readers had to depend on only the US bestseller lists and foreign books to get their doses of thrill and mystery.

"Mystery and thrillers offered more scope for reading, bringing back the raciness in literature." Click To Tweet

Sherlock Holmes, Lincoln Rhyme, and Alex Cross were still going strong, but so were Inspector Chopra, Detective Bakshi, and a lot of Indian names. This genre making a ‘comeback’ was literally one of the most important, notable things in the publishing industry because when the Western World had its share of heroes in comics, India was not far behind. Beloved Indian Superheroes existed, and now so do Indian detectives. The content was thrilling, the subject matter plenty, and the natural inclination to be drawn towards suspense and mystery was rewarded with a huge variety of books that diversified amongst themselves. There were gory period murder thrillers, those that focused on timelines centuries ago, and there were modern techno-thrillers that capitalized on the trend of Social Media being the know-all-solve all of everything mysterious.

Mystery and thrillers offered more scope for reading, bringing back the raciness in literature, and getting readers involved and interactive. Indian Writing in English gained new devoted followers who found their localized (sometimes even vernacular) phrases more enjoyable and based out on locations they could visualize. The geography and the dialects made the books more familiar to an average reader. Suddenly, they did not have to visualize a cloudy grey morning in Downtown Seattle while they could comfortably imagine a murder mystery happening in their own beloved cities and backwaters. The localization brought the books closer to the readers.


Other Genres and Impacts

While these were the predominant genres that made Indian Writing in English popular, there were other books including non-fiction titles in the self-help and management-gyaan genres that also gained popularity. If it were to be shortened to three adjectives, IWE books became famous because of their diversity, versatility, and localization.

It is a heartening trend to see the market filled with books by Indian writers, especially those with content that is both refreshing and relatable.