Imagination is a strange but beautiful thing. Not everyone can imagine as vividly as some people. And one such human being who is an absolute genius when it comes to the art of imagination is Haruki Murakami.

Unless you are living under a rock, you must know about Haruki Murakami. He is a Japanese writer who has written multiple bestselling books. His books are translated into over fifty languages and sold over millions of copies in the worldwide market.

But that’s not the reason why Murakami is celebrated across the world by readers. It’s his imagination that makes him stand out amongst everyone else. His ideas, thoughts, imagination will blow your mind. In Murakami’s world, there are infinite possibilities. Anything can happen anywhere, at any given point in time. There are no lines, barriers, or limitations when you are reading a Murakami novel. In fact, in some way or the other, Murakami sets his readers free. And in freedom, you rejoice the most. 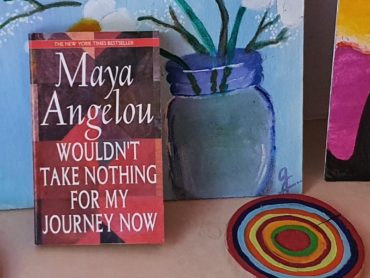 “Wouldn’t Take Nothing for My Journey Now” by Maya Angelou! 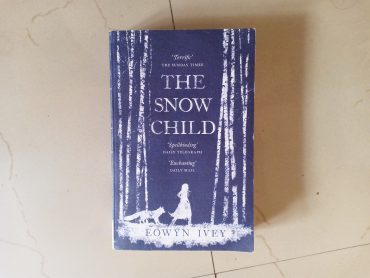 When You Are Looking For A Magical Story Next Christmas, Pick Up “The Snow Child”! ❄️ 🎄 📖 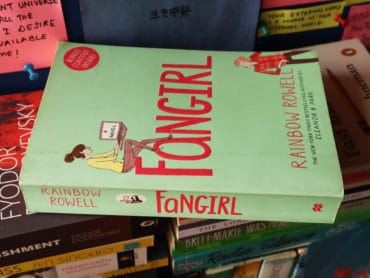 Is Rainbow Rowell’s “Fangirl” Worth Becoming A Fan?

One such book that sets you free is Killing Commendatore. I read this book shortly after it was released. See, I am a Murakami fan, and I have read all his books. So, when I heard his new book is about to be released, I flipped (in a good sense obviously.)

‘Killing Commendatore’ is a huge book. When I tore the package open, I saw a huge hardbound book, and I felt ecstatic. The book is so supremely beautiful that just writing about it is making me feel giddy (I know! Sounds dramatic, but I am in love with books you see). It won’t be an exaggeration if I say that ‘Killing Commendatore’ is the most beautiful book I have ever seen and owned. Also, the book is very carefully designed, in my opinion. When you remove the sleeve, you will see that the hardbound cover has polka dots all over. Now, calling those dots’ polka dots’ isn’t the most accurate description, but that’s the closest I can come to describing it. The colorful dots have significance, and it’s closely related to the plot of the book (which I won’t tell you. Hint: Read the book.)


Usually, judging a book by its cover isn’t quite right. Because sometimes a beautiful cover lures you into reading an awful book. But not in this case. As beautiful as the cover of the book is, the real beauty lies in between the pages. I can say without any doubt that ‘Killing Commendatore’ is one of the most stunning books I have ever read in my lifetime. The name of the book in itself is pretty interesting. Frankly speaking, the title ‘Killing Commendatore’ doesn’t give away much. You don’t really understand what you are investing in until you are halfway through the book, which is a great thing because it makes the entire reading experience so freaking unpredictable. So what is the book all about? The book is basically about this artist whose name we do not get to know till the very end. So, I’m going to refer to him as our unnamed artist. Now, our unnamed artist is a portrait painter, and after his wife left him for another man, he has found his refuge on a mountain top in a house that was owned by a famous artist, Tomohiko Amada. Muy interesante!

The book is majorly about art, especially painting. If you are a painter or have an interest in this field, then you will enjoy this book even more. The book explores the mind of an artist and the entire process of creating art. Our unnamed artist had spent a major chunk of his life creating portraits for monetary compensation. But not anymore! He recognized that now was the time for him to explore his own artistic flair and start painting something serious, something that would organically come out of his soul. The fact that he lived in the house of the once-famous Tomohiko Amada inspires him intrinsically. He forms a strange connection with the man through his paintings.

✅ Join Audible Now & Get Unlimited Access To Audiobooks & More! 🎧 (FREE 30-Day+ Trial!)
"Judging a book by its cover isn't quite right. Sometimes a beautiful cover lures you into reading an awful book." Do you agree?

He also ends up befriending a supremely rich businessman whose house he can see from above his terrace. Moreover, he also gets a little girl as his student. Things were going all right until our unnamed artist ends up finding a strange painting wrapped in covers in the attic of the house. That painting changes everything. It changes his life and invites bizarre experiences. He begins to feel an unknown presence in his studio. His paintings start communicating with him. No one could have imagined what was going to happen next. At least, for me, it was completely impossible to predict anything. Honestly, after a certain point in time, I didn’t even care about the plot anymore. I was completely hooked with Murakami’s art of storytelling. Even while I am writing this, I can imagine the entire book at the back of my mind. It’s like I myself experienced the entire story as if I lived in that house and painted along with our unnamed artist.

The book is crazily intriguing, but it doesn’t bother you. There is a kind of peace and serenity in Murakami’s writing. He doesn’t want to bother his readers. Instead, he wishes to liberate his readers from all their worries in order to make them experience the story as vividly as possible. So, if this sounds like something you would thoroughly enjoy, then add this book to your cart right away! You can get the book here! 📖 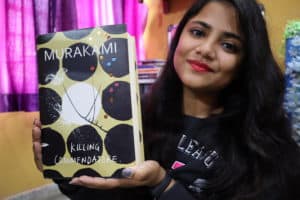 Imagination is a strange but beautiful thing. Not everyone can imagine as vividly as some people. And one such human being who is an absolute genius when it comes to the art of imagination is Haruki Murakami.