Around two years ago, I came across a series of fanart on Facebook that completely blew my mind. The page that shared those fan arts was, in fact, an art page completely inspired by and dedicated to Van Gogh.

Van Gogh is a famous name in the world of art and artists. I remember in school, we were taught about the great artists who contributed their lives to create marvelous art. But as the school came to an end, my knowledge of these artists ended as well. Until that very moment when I came across the fan art dedicated to the great Vincent Willem van Gogh. And that’s how my Van Gogh obsession began. Fascinating, eh?

Ever Since then, I have read almost everything that I have found on the internet about Van Gogh. From the Van Gogh Museum website to fan archives, I have read almost everything even slightly related to Vincent van Gogh. Seeing my Van Gogh obsession, one of my best friends gifted me a book that has all the letters that Vincent wrote to his brother Theodorus van Gogh aka Theo. Vincent van Gogh was a Dutch post-impressionist painter. And his paintings are extremely important when it comes to western art. His artworks are studied closely by art majors and analyzed by artists across the world. Although Van Gogh is celebrated for his contribution to art, it’s his story that made me completely obsessed with him. 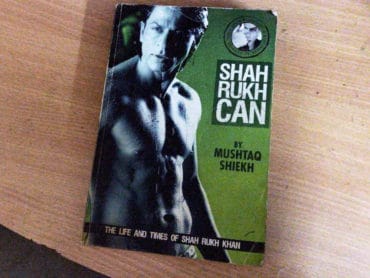 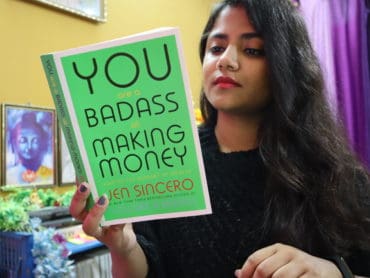 Jen Sincero’s Book Makes You a Badass at Making Money! 💰

Van Gogh was a tortured artist. He was tortured by his own mind which did not allow him to feel normal. He was depressed for so long that soon he lost the ability to see the world without his melancholic glasses. He suffered from long periods of psychotic episodes, followed by delusions and hallucinations. His brain was untameable, and he realized the significance of the same. He was often worried about his mental stability because he recognized the disturbing patterns in his behavior.

Van Gogh was unsuccessful while he was alive. He did not get the privilege to enjoy success and abundance, which he so truly deserved. He felt like a loser, and society didn’t help him much. He was quoted as a failure at painting, and sadly enough, the only thing that Van Gogh felt he was good at was, in fact, painting. With time Van Gogh kept losing his mental stability, and in one of his psychotic episodes, he ended up cutting a part of his left ear. After this episode, Van Gogh spent a long period of time in psychiatric hospitals getting treated for his madness. He created some of his most loved paintings while he was admitted to the psychiatric hospital. Van Gogh saw the world differently. He saw it moving into circular patterns, flowing from one point to another.


The world that Van Gogh saw through his eyes was mightily unique, and no one had the capacity to fathom the depth of his thoughts. But his world drove him crazy. He was extremely sick. His inner demons, along with society’s insensitivity towards his mental health, managed to push him over the edge. On 27 July 1890, Vincent shot himself dead. He shot himself in the chest with a revolver, and after two days of suffering from the injuries, he finally bid goodbye to the world that drove him into madness and died.

Van Gogh’s death, or rather a suicide, is one of the greatest tragedies of this world. It was only after his suicide that his name became famous. The success, love, admiration, wealth that he so dearly deserved was only earned after he left the world so tragically. But there was a man in Vincent’s life who loved him unconditionally and supported him till the very end. It was his younger brother Theo van Gogh. After multiple failures in different pursuits of life, Vincent suffered not only from the existential crisis but also a lack of direction. Theo made sure he provided his brother the emotional support that Vincent so dearly needed. In fact, Theo also supported Vincent financially. Multiple failures had left Vincent poor and vulnerable. Theo wanted Vincent to be happy. He wanted to see his brother pursue painting and writing. Out of everyone, Theo recognized the excellence of Vincent’s art.

✅ Join Audible Now & Get Unlimited Access To Audiobooks & More! 🎧 (FREE 30-Day+ Trial!)
"Although Vincent suffered so deeply in his life, his paintings were always so vibrant and full of life." Tweet this!

Both the brothers were always connected to each other via letters. Vincent was not only a painter, but he was also a genius writer. His letters and notes in his journals have managed to inspire so many artists across the world. When you read his letters, you will be blown by the exquisiteness of his writing. His writing was just as beautiful as his ‘Starry Night’ painting. Although Vincent suffered so deeply in his life, his paintings were always so vibrant and full of life. He loved the colors blue and yellow. If you inspect his artworks, you will find that yellow and blue happened to be the two most used colors. Vincent loved the sky and he loved sunflowers. And what’s a sunflower without the sky? What’s yellow without blue? What’s Theo without Vincent? Theo died six months after the tragic death of Vincent van Gogh. He couldn’t accept his brother’s sudden death. Vincent’s absence led to a great decline in his health, and he suffered from multiple issues at once. Theo missed Vincent so much that he started seeing him everywhere in everything. Theo’s love for Vincent was unwavering and completely unconditional. He saved every fragment of Vincent’s letters and art ideas that he would send him.

After the death of Theo van Gogh, his wife Jo published all the letters of Vincent van Gogh that he sent to Theo. The letters are an inseparable part of western literature, so if you have missed out on them, do get a copy of his letters and thank me later! You can get the book here! 📖

The Letters of Vincent van Gogh 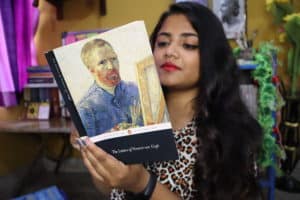 Around two years ago, I came across a series of fanart on Facebook that completely blew my mind. The page that shared those fan arts was, in fact, an art page completely inspired by and dedicated to Van Gogh.