Here Are The Names Of The Seven Dwarfs (Snow White)!


Most of us have grown up reading Snow White and dreaming about our Prince Charming. It is only after turning into aware adults that we have realized how problematic the story was – a prince kissing a dead woman, an ambitious lady shown as a vamp, and the over-obsession with the fair skin tone, are some of the reasons why this tale is not really child-friendly. Anyway, let’s not forget the cute little dwarves who always stole the show for me – even when I read the books and watched numerous TV adaptations and animated films based on Snow White and The Seven Dwarfs.

What Are The Names Of The Seven Dwarfs?

Have you ever thought of the names of these dwarves? Not many can tell you all the seven names. Let’s clear out all our confusion. Below, I have mentioned the names of all the dwarves along with some intriguing reasons behind who is named what. Before I begin, you must also know that initially, Disney came up with different names for the dwarves, which were later changed when the cartoon movie came out. If we go by the original names, the seven dwarfs were called Wheezy, Deafy, Stuffy, Burpy, Puffy, Lazy, and Jumpy. However, we all agree with the fact that the new names are way better than the original ones. Thank God they brought these changes and stuck to them. Now, let’s look at what they are called now: 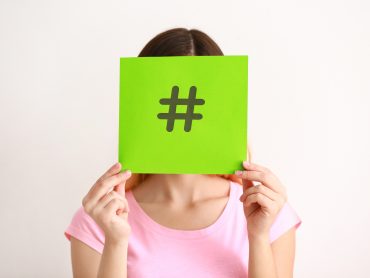 Best Useful Apps For Book Lovers Out There! 📚 📱 1. Bashful: Known for his shyness and flushed cheeks, our cute old Bashful is easily recognizable by his batting of eyelids and blushing. In the 1937 movie, Scotty Mattraw gave his voice to the character.

2. Doc: Next on the list is Doc. In the movie adaptation, he was voiced by the great Roy Atwell. Often regarded as the wise leader of the dwarves, Doc is the only one with the glasses. His bossy attitude, along with those glasses, makes him a perfect leader.

3. Dopey: He is like the little kid in the group. You can recognize him by his quietness as well as the affectionate bond he shares with Snow White. Eddie Collins voiced him in the movie. He is easily noticeable among the seven dwarves as he is the bald one wearing a purple hat and his oversized tunic.


4. Grumpy: Staying true to his name, Grumpy has major temperament issues. He is always complaining or arguing and is never up for anything. He is always at loggerheads with Doc, and his angry face makes him distinct. If you see a stubborn-faced dwarf in a red tunic, you’d know he is the one. He is voiced by Pinto Colvig in the film.

5. Happy: As the name suggests, Happy is completely the opposite of our angry man Grumpy. You will never see him without his endearing smile and joyous mood. Happy is voiced by Otis Harlan in the movie. This dwarf, with his broad smile and puffy stature, is very easy to recognize on the screen.

6. Sleepy: Of course, Sleepy loves his sleep! No matter what time of the day is, this dwarf is always up for a nap, and once he gets drowsy, nothing in the world can stop him from snoring. Not just Grumpy, Pinto Colvig voices Sleepy as well. His droopy eyelids and the tired look are enough to tell you which one of the lots is Sleepy.

7. Sneezy: He is the one dealing with flu and cold all the time. Stay away from him if you don’t want to fall sick. He just cannot control his sneezes. Also, the sneezes are timed at the worst moments. Billy Gilbert voiced him in the movie.

These were the seven dwarves – Bashful, Doc, Dopey, Grumpy, Happy, Sleepy, and Sneezy – with their distinct characteristics and traits. Now that you know them all, try recognizing them on screen and see how many you got right. You can get the book here! 📖


Which is your favorite character in Snow White and The Seven Dwarfs? Do let us know in the comments below!