For as long as I can remember, I have always been a fiction lover. From reading Magic Pot at my bedtime to falling in love with the men of Nicholas Sparks, I have always found solace in make-believe tales. Well, we all know how fiction can often be truer than the truth, more real than reality itself; but that is a story for another time.

The Doctor and the Saint (Review)

Coming back to my obsession with fiction, it is only recently that I made a conscious switch to non-fiction reads, and I love it. I do give myself a Hosseini or Hardy from time to time, but reading hard-hitting facts has turned my life around. After reading Chimamanda’s feminist narratives, I sat down with Arundhati Roy’s “The Doctor and the Saint: Caste, Race, and Annihilation of Caste, the Debate Between B.R. Ambedkar and M.K. Gandhi” and oh my God! You will be shocked to know all that doesn’t meet our eyes and all that is passed on as truth from generation to generation. From Dalits being raped, oppressed, lynched, and killed to the very problematic viewpoints of Gandhi on the caste system, this book would slap you on your face with the reality we are too ignorant to acknowledge.

In her book, Arundhati Roy rightly says, "If you have heard of @Malala Yousafzai but not of Surekha Bhotmange, do read Ambedkar." Click To Tweet

Our school textbooks write volumes on Sarojini Naidu, S. Radhakrishnan, Rani Laxmibai, Mohandas Karamchand Gandhi, etc. who are all from upper castes (mostly, Brahmins) but rarely do we come across names like Savitribai Jyotiba Phule, B.R. Ambedkar, and other “low-caste” reformers who never got their due credit in history and academics. I mean, all we were taught in school about Ambedkar was that he is the Father of the Indian Constitution, and that is it. We were never taught how the Dalits were oppressed and tortured and how Ambedkar worked hard to change the terrible conditions in which his Mahar community, as well as other low caste sections, had to survive. The caste system is still on, even in 2020, when we talk of being all woke and aware. All those who say casteism is a thing of the past are either too ignorant to swallow the bitter pill or are just neither educated nor sensitized enough. In her book, Arundhati Roy rightly says, “If you have heard of Malala Yousafzai but not of Surekha Bhotmange, do read Ambedkar.” 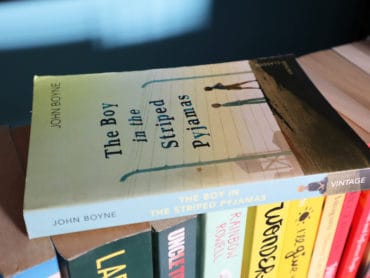 The Heartbreaking Story of The Boy in the Striped Pyjamas! 💔 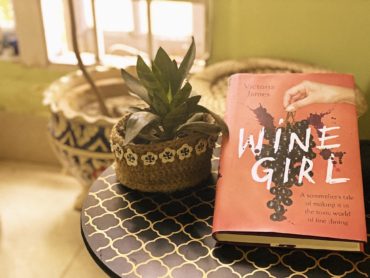 Wine Girl – A Success Story Sure To Inspire You! 🍷

Ambedkar challenged the caste system, the very foundation of Hinduism on which it stands tall. For Ambedkar and every Untouchable, Hinduism became nothing but a ‘veritable chamber of horrors’ which mocked their very existence. Though Hinduism in itself may not be atrocious for the low-caste communities, the way the caste system has become an inseparable part of this is what puts a question mark on its ethics. What makes casteism a lot more difficult to pull out from the roots is how it’s different from other social abominations like sexism, racism, apartheid, religious fundamentalism, and economic imperialism. While these horrifying practices have time and again been challenged at international forums, the caste system in India still remains one of the most’ brutal modes of hierarchical social organizations’ prevailing in human society.

Thanks to Hinduism, it manages to escape the eyes of strict scrutiny and censure. It has fused with the Hinduistic way of living and has also become an extension of the same. Like all the goody-goody stuff like tolerance, mysticism, backpackers, etc., the world is associated with India in general and Hinduism in particular. Moreover, unlike apartheid or racism, casteism is not color-coded. This makes it hard to see and even harder to understand. No, it doesn’t make the country diverse and vibrant. All that it does is segregate people to exploit the downtrodden and reap benefits. While it is disgusting to marry a woman from a low caste, it is all good to rape and assault them!


Mohandas Karamchand Gandhi came with his own set of problematic viewpoints, which kept fluctuating as per convenience. What we read at school level makes us regard him as the ‘Father of the Nation,’ the ‘Mahatma,’ the ‘one-man army who single-handedly drove the British away.’ But, the moment you start reading out of the syllabus, the texts that are strategically kept away from the students, perspectives change drastically. Roy rightfully questions the moral righteousness of the man who was given way more credit for uplifting the impoverished than he deserved. ‘Did he really ally himself with the poorest of poor, the most vulnerable of his people?’ The man who demanded a separate queue for Indians in the post office at South Africa just to not get in close contact with the dark-skinned Africans, who made girls and boys bathe together and then chopped off all the girls’ hair when a boy humiliated them, who didn’t consider the Dalits capable enough to stand for themselves, who regarded the caste system as the most beautiful part of Hinduism and India, is this ‘Mahatma’ really a Mahatma? Read and read, and you will find out. On Gandhi’s holier-than-thou speeches about homelands and India being inclusive for all sections of the society, Ambedkar aptly replied, ‘Gandhiji, I have no Homeland. No Untouchable worth the name will be proud of this land.’

After all, it is said and done, let’s admit that history has never done justice to Ambedkar. It began by containing him and ended up glorifying him. That’s all. He was not just the ‘King of the Ghetto’; he was so much more. It locked away his writings in dungeons, which are inaccessible. It took away his scorching radical intellect, and that makes all the Bhim Lovers sad. Like Thomas Jefferson, Ambedkar believed that every generation must have the right to give birth to a new Constitution since it is always a work in progress. Unless the Constitution stops being so rigid and unalterable, it would just be a textbook ‘for the dead and not the living.’ Unfortunately, the lines between the dead and living are blurring these days. The living is no better than the buried if they don’t raise their voice for the right reasons or are busy rewriting the Constitution in ways that would best suit their personal interests. You can get the book here! 📖

The Doctor and the Saint 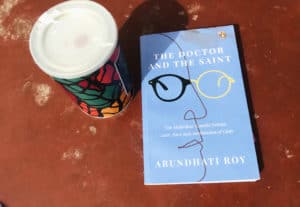 For as long as I can remember, I have always been a fiction lover. From reading Magic Pot at my bedtime to falling in love with the men of Nicholas Sparks, I have always found solace in make-believe tales. Well, we all know how fiction can often be truer than the truth, more real than reality itself; but that is a story for another time.