All the Bright Places – A Love Story Highlighting Mental Illness!


There are very few books that talk about grief the way Jennifer Niven’s novel All the Bright Places do, and I am thankful to the author for writing a story like this because so many people out there needed to read a book like this. Grief is a very intense emotion. And it’s extremely personal. Different people behave differently when they are grieving. There is no surety as to how a particular person will react to a certain loss in their life. It’s also pretty unfair and insensitive to actually expect someone to react in a certain manner just because other people react in a certain way. Everyone should be allowed to feel, recognize, and accept their loss the way they want to. This is exactly what Jennifer Niven does with her book; she gives out the message of letting a person have their personal freedom to grieve.

All the Bright Places is not just a love story; it’s much more than that. Both the protagonists, Theodore Finch and Violet Markey, are going through a tough time in their lives. Violet lost her sister to a terrible car accident, for which she constantly blames herself. The guilt of being the reason behind her sister’s death causes Violet some extreme mental health issues. She suffers from Post-traumatic stress disorder (PTSD), which basically means it’s very difficult for her to recover from the traumatic event of her sister’s unfortunate death.

CURATED EXCLUSIVELY FOR YOU: Read “All the Bright Places” to Overcome Reading Slump! 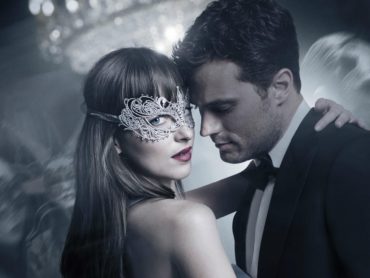 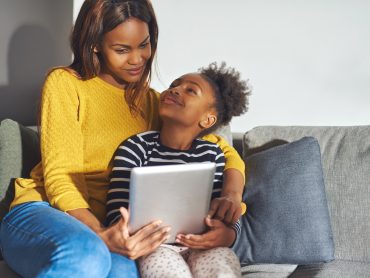 Learn How To Get FREE eBooks With Amazon Prime!

On the other hand, Theodore has Bipolar Disorder (BPD). And because of his condition, he obsesses over the idea of death and suicide. He even writes stories on death and suicide. The feeling of his depressive episodes rushing back over and over again makes him so tired of life that he considers suicide. And hence, the story starts with both Theodore and Violet standing at the top of the school bell tower attempting to commit suicide for their own different reasons. But they sort of end up saving each other by being present at the same spot at the same time for the same purpose. Both of them eventually hit it off and become each other’s solace. Theodore makes it his mission to help Violet. She becomes the reason he wakes up every day.

It’s the intersection of their pain and suffering that brings them together. Finch allows Violet a safe space to open up and grieve as much as she wants. He makes her talk about the trauma she had been hiding from the world.

Although the book is known and loved for the relationship between Theodore and Violet, the focus stays to be on mental illness. Very few books portray mental illness the way this book does. Many books promise to talk about mental illness, but right after a few pages, the characters and the storyline overpowers the intention of talking about mental illness. But Jennifer Niven managed to make the book more than just the protagonists falling in love with each other. This also came across as a bit overwhelming for some readers. After a certain point, both Finch and Violet become more about their illnesses than individuals. It’s difficult to look at them without looking at their illnesses and sufferings. Their personalities somehow get lost in the whirlwind of pain, guilt, and trauma. And although the reader can choose to complain about this, I feel Jennifer Niven took the risk to make it as real as she could. She didn’t shy away from writing Violet and Theodore in the most honest manner possible.


"What we consider to be normal in society is mostly far away from ideal." Do you agree?

She also made it a point to show how teenagers, even after understanding their illnesses, can be extremely reserved so as to seek help. Theodore was aware that he had Bipolar Disorder, and it was rather important for him to seek help and get proper treatment. But the social norms and stigma against mental illness kept him at bay from getting any treatment. What we consider to be normal in society is mostly far away from ideal. Mental illnesses are treated as if they happen because of someone’s own personal mistakes. It’s an uncomfortable topic in many public groups. And it’s sad, because the more we talk about it, the higher will be the chances of a mentally ill person to come out and seek help.

Nevertheless, Theodore makes sure he is there for Violet because he understands what it feels like to be stranded all alone in the dark pit of depression. He does everything in his power to save Violet. All the Bright Places is a lot about saving. It’s about friendship and love, but more than that, it’s about being a savior and being saved. It’s about the healing powers of human connection, all of which are beautifully portrayed throughout the book. I feel I have never really read a book as poignant, mature, and sensitive as this one. You can get the book here! 📖

Last updated on May 5, 2021
Tagged All the Bright Places, Jennifer Niven