Here Are The Best Books To Gift Your Dad! 🎁


Planning to celebrate Father’s Day? Or is it time for your Dad’s birthday? Instead of searching for the perfect gift, here are some awesome books that you can gift your father that he would love and would also open your father’s eyes to the bigger picture in life.

Here are the best books/novels we recommend for gifting your father. We’ll update this list as we read and encounter more books.

“Dreams From My Father” by Barack Obama

Inspirational memoirs are super popular right now, and if your Dad loves to read, he will surely enjoy reading these books or giving them as gifts to others. He deserves it for being such a great dad. ‘Dreams From My Father speaks’ about the early life of former President Barack Obama and the hardships that he had to face after his father’s death. The story is about inheriting the dreams of Obama’s father and the events of his early years in Honolulu. After his father’s death, he returns to his hometown to read and learn about the steps of his family, from where he gets to know the bitter truth of his father’s early life and the dreams his father left unattended. This book describes the challenges that he had to face as a person of mixed race, and even though he was an introvert, this novel describes how he realized that the power of his voice could address the people and the problems prevailing in the society. You can get the book here! 📖 Here Are The Names Of The Seven Dwarfs (Snow White)! 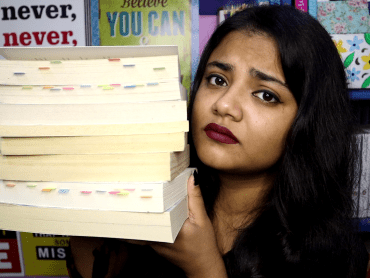 🔟 Best Books That Will Make You Cry So Much! 😭

“The Forgotten 500” by Gregory A. Freeman

If war stories are his favorite, then this will be the perfect book to give him this Fathers’ Day. The Forgotten 500 by Gregory A. Freeman is a story about a bombing campaign that occurred over Romanian oil fields. Over hundreds of American airmen were shot down in this campaign as all of the areas were occupied by the Nazis back then. The novel also tells us how the local Serbian farmers risk their lives to give refuge to the soldiers. Out of this, Operation Halyard was born. One of the largest air evacuations ever to take place during World War II. This book pays tribute to the 500 allied aviators that were rescued from behind the enemy lines in the summer of 1944. The novel also tells us about the cruel and the greatest escape of World War II. Classified over half a century, the incredible race that had to be taken to construct a landing strip large enough for 47 cargo planes is enthralling and inspirational. You can get the book here! 📖

“How to Build a Boat: A Father, His Daughter, and the Unsailed Sea” by Jonathan Gornall

How to build the boats by Jonathan Gornall is not a story about boats but a metaphor for the celebration of the beauty captured inside a father-daughter relationship. The book beautifully describes the quest of building a relationship and the challenges of fatherhood that move along the lifelong sea of family. Through the task of building a boat, a story is told by the author that is so engrossing and compassionate that proves how much fathers can give up for their children because of the love they hold with all their hearts. Gornal explains how the boat is built with life lessons from countless mistakes of the enduring times a parent goes through for their child. What your father will most like about this work is how another that has put into words the exact feeling a father feels and the fathomless love they hold for their children. You can get the book here! 📖

“While Justice Sleeps” by Stacey Abrams

If your father is a big fan of thriller movies and books, then this might be the perfect book for you to give your Dad this fathers’ Day. While Justice Sleeps is a thriller novel about a woman named Avery who is trying her best to hold herself together but a piece of shocking news revolving around her while also dealing with a troubled family turns her life completely upside down. As her whole life starts going upside down, she finds herself in a case that is so carefully constructed that it will confuse the readers but will also send an enthralling chill down their spine. Avery Keen finds that Justice Wynn has left instructions for her to serve as his legal guardian and has given her power of attorney. Slowly she finds that Justice Wynn has been secretly researching one of the most controversial cases to ever exist. The novel is not only a thriller but is also suspense fiction where the myriad twists and the vibrant range of characters will be enough to wrangle your father’s mind into the book. You can get the book here! 📖


“The Road” by Cormac McCarthy

The Road is a post-apocalyptic novel that narrates the grueling journey that a father and his young son have to go through. If you know that your father enjoys the topic of the apocalypse and what will happen after, then this might be the perfect gift for him. Cormac McCarthy perfectly describes the rabbits to landscape and the Ash on the wind that is left after the apocalypse. The plot of this book is so hard that it will make the reader see the apocalypse, the dark sky, and the cold and quiet weather, which is enough to make you hear the sounds of your heartbeat. The father-son relationship is also perfectly narrated in this novel as from the start, you will be able to realize that the man is only worried about his young son, and he strongly believes that he has to protect him from the situation at any cost. The novel also plays with the mystery that prevails on how the world has been changed forever and how the future of humanity would continue to be. You can get the book here! 📖

“People of the City” by Cyprian Ekwensi

Cyprian Ekwensi narrates a coming-of-age tale about a man who’s trying to make his way in the big city both as a journalist and as a famous bandleader. A vivid picture of Modern Nigeria is beautifully described in this novel by the author, and how dreamers prove themselves in the frustrating world is also something that your father will love while reading this novel. The main protagonist of this book is Amusa, who has had a lot of ups and downs in his life as he tries to prove himself in the big city. Still, he never gives up as he always has the fire in himself to fight a battle with his daily problems as pragmatically as possible. The book also highlights the racial issues that prevail in the area and the atmosphere these issues bring on the city’s dark streets. You can get the book here! 📖

All of these books have an eclectic mix of subjects from untold stories to heartwarming tales, each one making for a wonderful keepsake for your father that will show him how important he is to you!