John Green‘s Colin Singleton from ‘An Abundance of Katherines,’ is a seventeen-year-old boy, who loves anagramming. He is a child prodigy with an IQ of over 200. And yet, he feels insignificant. He has dated nineteen different girls, all named Katherine. Finally, Colin realizes that he is a ‘dumpee’ – one who gets dumped. And hence, he is on a mission to prove The Theorem of Underlying Katherine Predictability. Sounds too complicated to grasp, right?

When you pick up a John Green novel, there’s always something new for you to learn. His novels have stark variations from one another. But intelligence stays to be the common ground for all his characters. Quite possibly, John Green cannot write a dumb character. Perhaps, it will be nothing short of a challenge for him to write an unintelligent ordinary character. His characters are peculiar, complex, and smart, so much so that, at times, they seem unrealistic and pretentious. But is that a proper judgment? – Perhaps, not. Teenagers often feel like they are not understood. But John Green understands, and puts everything in words so relatable that you are bound to ask, ‘How does he know?’

John Green has an obsession with intelligence, and it clearly reflects through his unique characters. Mike Halter, the male protagonist from ‘Looking for Alaska,’ is nicknamed Pudge. Pudge is an ordinary guy who is looking for his ‘Great Perhaps.’ Right from the way he looks, to his social abilities, he is nothing extra-ordinary; or rather someone who cannot be called conventionally attractive. But Pudge is not dumb. Instead, he has an unusual passion for learning people’s last words. Now, isn’t that smart? Well, sapiosexuals would agree! 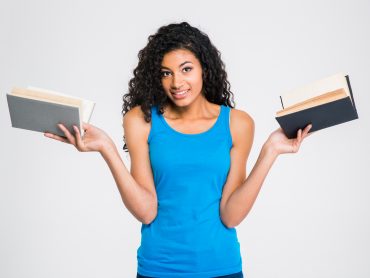 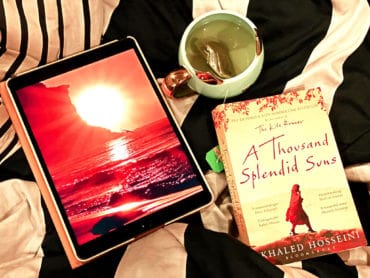 Looking For A Story That Will Touch Your Heart? THIS Is It!

When it comes to The Fault in Our Stars, the love story between two teens fighting against cancer, love does get the central role. But throughout the book, both Augustus and Hazel indulge in some really deep, meaningful, and smart conversations that build a strong sense of intelligence naturally. When Hazel utters ‘hamartia,’ it was not only Augustus who got moved and impressed. Even the readers were amazed at Hazel’s smart choice of words. But it has to be the ‘cigarette metaphor’ that tops everything at being both smart and extremely adorable.

In his most recent novel Turtles All the Way Down, he introduces Aza Holmes, a sixteen-year-old high school student, suffering from OCD. Frankly, there are numerous novels that have protagonists suffer from mental illness. But you can only expect something groundbreaking when John Green takes on a first-person narrative for his book. His obsession with intelligence reflects Aza’s fear of the human microbiome. She is afraid of catching the infection, especially C. diff. The entire narrative of Aza opening up her never fully-healed callus on her finger is scary and vivid. But what’s more effective is her intelligence at knowing and discovering things.


John Green’s novels are often criticized for lame endings. But does he really write his stories to run into the celebratory finishing line? To some extent, his stories do not necessarily end. They come to a full stop, but not all full stops mean the end. He demands the readers to comprehend the absurdness. That’s the only way to enjoy a John Green novel to its zenith. No matter how many criticisms John Green has to face, but no one can criticize him for not researching enough. He falls into the category of those authors, who believe in going to the extremes for the sake of their characters. You can love his characters, or you can hate them. But you can never question them. Because they will always be smarter, and you’ll always end up learning a thing or two from them. That’s the charm of a man who obsesses over intelligence. You can get John Green novels here! 📚