Pyjamas are Forgiving, But This Book Is Unforgettable!


If you have followed Twinkle Khanna‘s columns or interviews, then you would know how unafraid she is in speaking her mind. Even through Pyjamas are Forgiving, she comes across as someone who is unabashedly herself.

The title itself is enough to ring a bell. The moment you lay your hands on it, you’re certain to be filled with curiosity… what exactly is the book about? Even the start and setting are promising. And Khanna certainly delivers on that promise.

This Indian fiction spans over a period of roughly a month. Khanna dives straight into the story from the first word itself, though the readers might take some time to adjust to the unique, almost mystical world. Our protagonist, Anshu (40), has trouble sleeping at night and wishes to regain her equilibrium through her visit to Kerala’s Shanthamaaya Sthalam spa. Unlike Khanna’s Mrs Funnybones, which is a compilation of anecdotes, this book has a more centered plot. 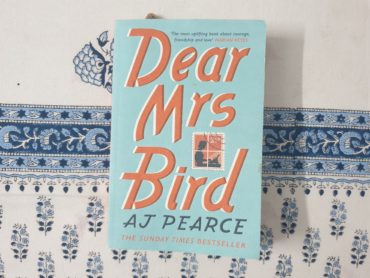 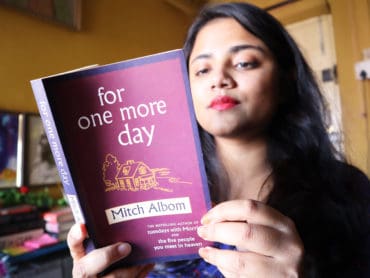 For One More Day – A Powerful Book About Love and Hope! 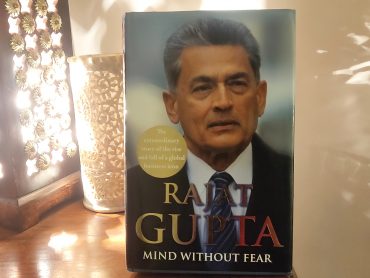 Pyjamas are Forgiving is filled to the brim (but never overflowing) with wry humor. Statements like “Lie back and think of England… that’s what we did as a nation for 100 years” are partly funny, partly grim. You have to be able to read between the lines to get the essence of the book. But since the writing style is simple, it can be read by beginners as well as avid readers.

Khanna’s mastery over literary devices is pretty evident. My personal favorite is Anshu’s comparison of her feelings for Jay to a Diwali Chakri: “one spark and it was set ablaze.” The beloved “sacred cow” from Mrs Funnybones moos her way into this book as well. Even the wordplay is impeccable. While at the serene sanctuary, the characters are left to their devices… in the city-world, they are dependent on Wi-Fi-enabled devices. The snide reference to Babri Masjid demolition or description of Ganpati as a “plump elephant” are things probably only Khanna could have gotten away with.


"You have to be able to read between the lines to get the essence of the book. But since the writing style is simple, it can be read by beginners as well as avid readers." Click To Tweet

The metaphors Anshu uses on the degraded voyeur’s behalf, function as a stark commentary on sexism, ageism, and much more. For Jay (her ex-husband turned new lover), she is like a dog that “woofs” whenever he says “fetch.” She even goes on to compare herself to a “vacuum cleaner that needs replacement.” Anshu functions as per Jay’s whims and fancies until she does not.

This book was published in 2018 when the #metoo moment was arguably at its zenith. And this cause seamlessly filters through Khanna’s storytelling as well. Remarks like “not my job anymore to smoothen out the creases” do give us glimpses of an emancipated Anshu but she still had a long way to go. It is interesting to note how the same incidents can be viewed differently by different people. While Jay recalls one of their courtship days as “sitting in the same train but in a different compartment,” Anshu has a different memory of it altogether. But when it comes to Jenna’s story (a young foreigner who was sexually abused), Anshu, saying “I accepted his truth as mine,” is doing much more than mere perspective-taking. And much worse. She is once again subverting her own beliefs, identity, and voice… just like she did a million times while they were married.

Heartbreak is something most of us are familiar with. Brace yourself to experience it all over again when Jay addresses Shalini (his new wife) as Juju, a nickname he apparently used just for Anshu. Anshu compares Jay and his term of endearment as “a commonplace stone that I had placed on a shrine.” And rightly so. Often in toxic relationships, we value things or people much more than they deserve. It is this very misplaced reverence that had made Anshu blissfully blind to reality. She was blissful only until the time she realized that Jay is just her “favorite dessert that she could not digest anymore.”

Shanthamaaya’s very ethos state that there is nothing to find! We are all are a work in progress, constantly trying to place together with the blocks of our being. Like Sagrada Familia, each of us is incomplete, but a masterpiece nevertheless. The main issue arises if and when we let someone else arrange our pieces. It is synonymous with leading a life of someone else’s design. Even if you have not heard of the aforementioned monument (I had not!), you will still easily understand what is being said. So mighty is Khanna’s literary sword!

The most important takeaway is how we too, like Anshu, should resolve to keep our drawstrings small. To forgive is just as a pivot as it is to remember that people are there just to fill the void created by loneliness. This loneliness, if not overcome on our own, can bring out our worst side and lead us to make disastrous decisions. Towards the end, when Anshu talks of the group picture, you are likely to be able to visualize each of the characters that feature in it. Lalit, Jenna, the two Russians, Romeo & Romeo… each of them is etched in your memory. So vivid is the characterization all along.


While Mrs Funnybones still remains my favorite, Pyjamas does not disappoint either. Khanna says so much in so few words. Precisely why I am at a loss of words at praising this piece! You can get the book here! 📖 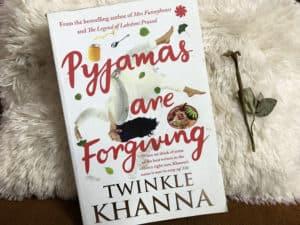 If you have followed Twinkle Khanna's columns or interviews, then you would know how unafraid she is in speaking her mind. Even through Pyjamas are Forgiving, she comes across as someone who is unabashedly herself.

Last updated on May 5, 2021
Tagged Pyjamas are Forgiving, Twinkle Khanna