Every bibliophile has read and loved at least one book in their life, which not a lot of people know about. It does not come from a famous author. It isn’t among those Instagrammable self-help reads, and you definitely have not recommended it. Yet, one fine day, you just stumble across a decent-looking book and buy it only to realize how beautiful its content is.

See Paris for Me (Review)

The same thing happened to me when I was strolling through College Street, the book lover’s paradise in Kolkata. I bought a lot of books, and then the salesman came up with “See Paris for Me.” I added that to my huge pile since one affordable book wouldn’t have made much of a difference in that giant stack of books waiting to be billed and carried home. Once I returned back to my home, I totally forgot about this book, and it was not until recently that it finally made it to my ‘books to read’ list. So, after having the book on my shelf for the last four years, I finally read it, and I really am in love with it.

“See Paris for Me” by Priti Aisola is a heartwarming journey of Sadhavi through the ups and downs of life, her marriage, and its topsy-turvy, a new country waiting to be explored, and a new friend who turns her life upside down only to give it more sense and perspective. The book starts with a dream, and through the pages, we read detailed descriptions of the vivid dreams that Sadhavi sees. I need to say that at times the minutest parts of the dreams stretching over through paragraphs after paragraphs do make it a little drag. However, it is the simplicity of the storyline that strikes a chord with the readers like me who want a break from the overly dramatic or mysterious twisted endings. It portrays the everyday life of a married Indian woman exploring the beauty of Paris and exploring herself, her desires, inhibitions, and yearnings. Kanav is the ‘new guy’ who completely changes the world Sadhavi was accustomed to. He gave voice to all that was muffled and forgotten in the corners of her heart. He brought out the observer, the creator, and the discoverer breathing in her. There are some interesting conversations revolving around death that would intrigue you. When Kanav asks her what she thinks of death, she replies, ‘Come to think of it, I’m afraid of death at the end of a meaningless life, a life that is just an accumulation of moments replicating themselves from one day to the next.’ 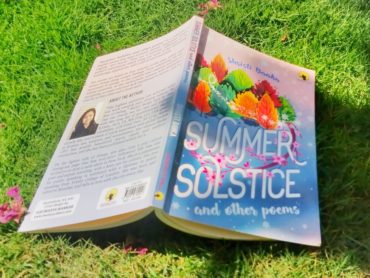 Summer Solstice is a Fascinating Book about Modern Poetry! 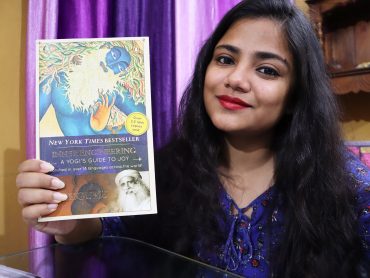 Sadhguru’s Guide To Engineer Your Mind For Joy! 😌 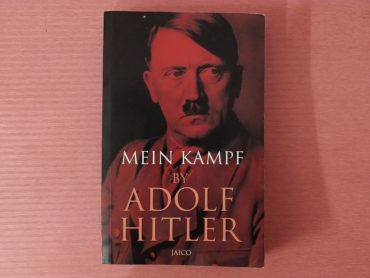 If You Think You Know Adolf Hitler, Read “Mein Kampf”!
"The simplicity of the storyline strikes a chord with the readers like me who want a break from the overtly dramatic or mysterious twisted endings." Click To Tweet

The book is fascinating for all those who live or have been to Paris. The descriptions of quaint shops, eateries, sumptuous delicacies, and breathtaking places – all this makes for a joyful ride to the city. The museums and roads with all their paintings and sculptures would create vivid images in your mind, which aren’t that easy to shake off. However, one thing that did put me off is the lines in French with no translations. This would leave the non-French reading people clueless about what’s being said. Maybe that was the intention of Priti Aisola, to keep things simple yet difficult. And I do admit that providing translations can often make the language lose its essence.

One of my favorite parts of the book is the tales from Sadhavi’s childhood and young adult days. Her innocent conversations with dadima and my favorite! There is an instance where she bites a neem pod and then wonders why God makes such bitter things to which dadima replies, ‘So that you know how sweet jaggery is.’ ‘That’s a clever God, dadima!’ Aisola strikes a beautiful balance between fiction and reality by adding in the devastating bomb blasts in Delhi, the heartbreaking Tsunami in the south, and various other things from the real world. So, the world of Sadhavi is not just make-belief. It is as real as life. It also moves back and forth in terms of timelines and places. From Sadhavi and Raghav’s married life to the time when Raghav proposes to her, from taking care of dadima to having to say goodbye to her, we see the world of Sadhavi not only through her life in Paris but also through her dreams, desires, and memories. The below lines show the inner turmoil of Sadhavi where she can’t let go of Kanav while pretending all is well in her life:


“The best part of her stay in Chennai was the early mornings after she had given everyone their morning coffee or tea. She would sit by her window and watch people come and go. Nothing calmed her more at this point than to be life’s detached observer.”

Raghav and Sadhavi’s relationship is like any other young Indian married couple with their moment of love, arguments, bickering, and leg-pulling. Other characters like Advika, Abhiram, Uma, and the Iyers add to the story without making it a chaotic read with too many irrelevant characters. I am glad the novel didn’t delve into explicit sexual details or Kanav and Sadhavi’s relationship budding into an affair. She is at the crossroads of doing what she is supposed to do versus what her heart wants her to do. In the end, what she chooses is something you need to find out on your own. ‘She was both sadly aware and sardonically amused that their only significant connection had been words where something else could not be.’ You can get the book here! 📖

See Paris for Me by Every bibliophile has read and loved at least one book in their life, which not a lot of people know about. It does not come from a famous author. It isn't among those Instagrammable self-help reads, and you definitely have not recommended it. Yet, one fine day, you just stumble across a decent-looking book and buy it only to realize how beautiful its content is.